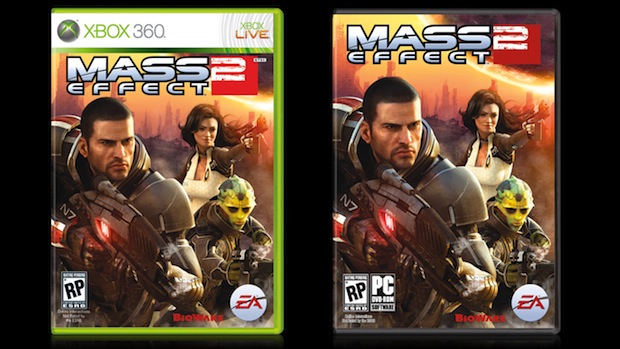 Take a gander at the worst cover art this side of the galaxy.

Just kidding. I’ve long believed that excellence in cover art wretchedness belongs to whoever was doing the stuff for fantasy author R.A. Salvatore’s earlier fiction, and to some degree the wizard who scribbled on the front of John Marco’s stuff, but Mass Effect 2’s new cover is no good either. It just isn’t Siege of Darkness-level bad.

This is indeed the new cover art for Mass Effect 2 — a not-so-subtle difference from what was revealed moons ago. As you’ll notice, the Krogan is no longer featured and Shepard looks like he’s been hitting the gym instead of doing that whole suicide mission thing.

Not that I would complain about someone going to the gym. Good for you, Shepard.