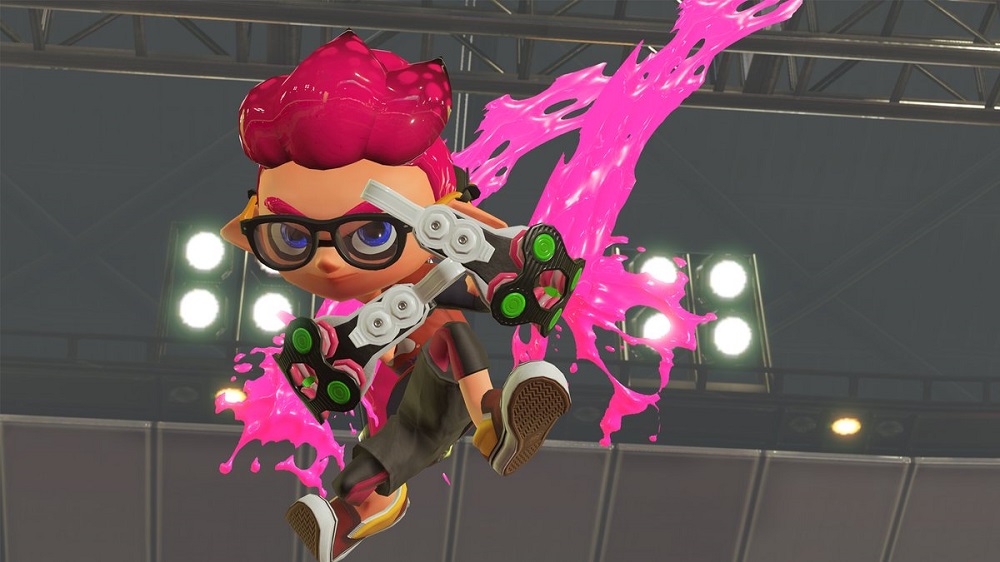 This week was a good one for Splatoon 2 fans. Not only did Nintendo’s arena-shooter get a huge patch, filled with game updates and bug squashes, but it also got a new map and – tonight – its new weekly weapon.

The Dark Tetra Dualies will be hitting the game’s arsenal later today. These hand-held bad boys are for the squid kid who prefers speed and agility to some of the game’s slower, heavier-hitting weapons. This variant of the Dualies comes equipped with an Autobomb sub and a Splashdown special. Not only that, but they have “Dark” in the title. Psst… Nothing Personnel, kid.

You can take the new weapon for a test-drive in new map Goby Arena, a huge basketball venue that makes Madison Square Gardens look like my local, piss-riddled leisure centre. Goby Arena went live in the game last night, with the Dark Dualies dropping this evening in America, and in Europe and Japan early tomorrow.