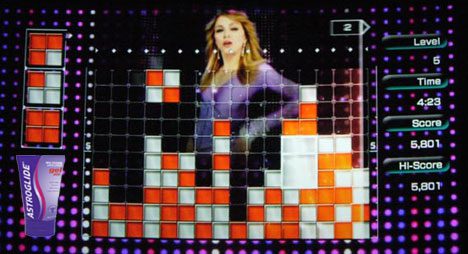 is reporting that three downloadable Lumines Live! content packs will be available on the marketplace next week.

One pack will be a single skin/song, “Heavenly Star,” which made waves as being a standout song in Lumines II on the PSP (the song was also released on iTunes back in December). The single skin download will be free (*gasp*) from January 24th until February 21st.

The other two packs will be the much ballyhooed “VS” and “Mission/Puzzle” packs. Both will cost 100 points apiece until February 21st, at which point Microsoft and Q Entertainment will run out of lube and raise the price to 300 points per pack.

The initial release of Lumines! Live had the community up in arms, with its fragmented download structure that turned many users off from the purchase (buying the game at “full price” only netted you the base pack of skins and limited versus, mission, and puzzle modes). With the free content and discounted downloads hitting the marketplace for a limited time, it seems someone was listening.