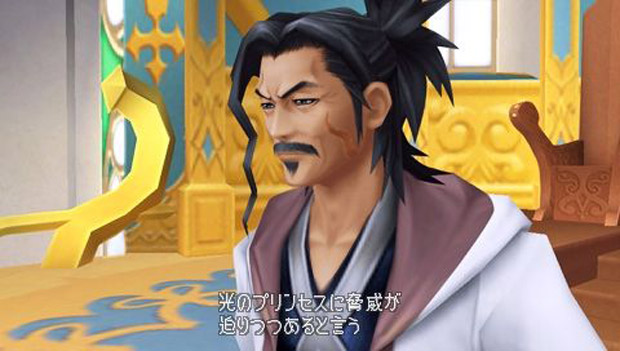 So, is that really Final Fantasy daddy Hironobu Sakaguchi? Maybe. The game doesn’t really come right out and say it, but it sure looks like him, minus the fancy head hair. The facial hair? Spot on. This could have been a tribute to the producer, or it could just be coincidence. Hell, if you look at it for a bit, it even looks like Lau Chan from Virtua Fighter.

This shot, and all the others below, come from Kingdom Hearts Birth By Sleep, the newest in the series, set to release on the PSP in Japan in January. The screenshots look really good on the PSP, save for the ones with Peter Pan, who looks a bit downsy in the face.

What do you think, Kingdom Hearts fans? Looking forward to this one?