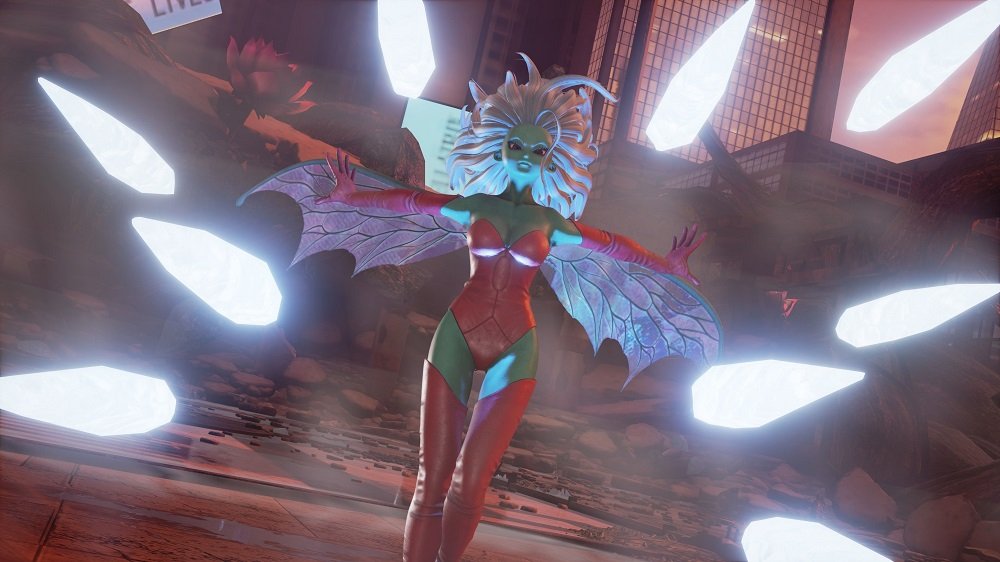 It’s good to be bad

According to the latest issue of Japanese publication V-Jump, the antagonists of anime crossover fighter Jump Force, Kane and Galena, will be added to the roster as playable characters in a new update.

The nefarious pair, designed specifically for Jump Force by Dragon Ball creator Akira Toriyama, currently serve as boss characters within the fighter’s story mode, but have been unplayable since release (outside of PC mods). This new update, free on all platforms, will add both characters to the growing Jump Force roster.

Although this news is yet to be officially confirmed by publisher Bandai Namco, both characters are obviously already fully fleshed-out with complete movesets, so it seems logical, even inevitable, that players should be able to take a walk on the bad side with the devious duo.

These characters are, of course, in addition to the various fighters planned as part of Jump Force’s ongoing paid DLC plans, including My Hero Academia’s Bakugo and Dragon Ball’s Majin Buu, among others. Jump Force is available now on PS4, PC and Xbox One.