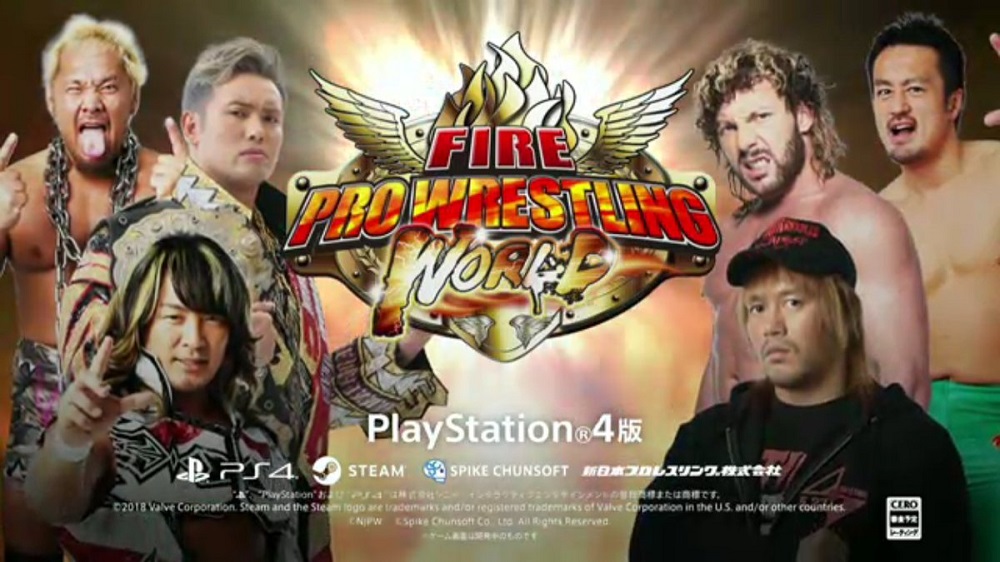 New Japan Pro Wrestling have announced that a selection of their finest ring veterans are to be added to the roster of retro-styled sim Fire Pro Wrestling World.

The announcement came just ahead of the prestigious Wrestle Kingdom 12 event, that takes place at Tokyo Dome tomorrow. Back in the digital world, PS4 fans can expect to see FPW launch on the Sony console sometime this Summer, which is surprisingly later than I expected, to be honest.

Fire Pro Wrestling World, which left Steam Early Access last month, is a simplistic looking but deep wrestling game, with tough-to-master mechanics that reward persistence and practice with intense, sometimes heart-stopping matches. The game famously has a downloadable roster of thousands upon thousands of user-created pro-wrestlers, MMA stars and even anime and video game characters.

Fire Pro Wrestling World is available now on Steam and is coming to PS4 this Summer.