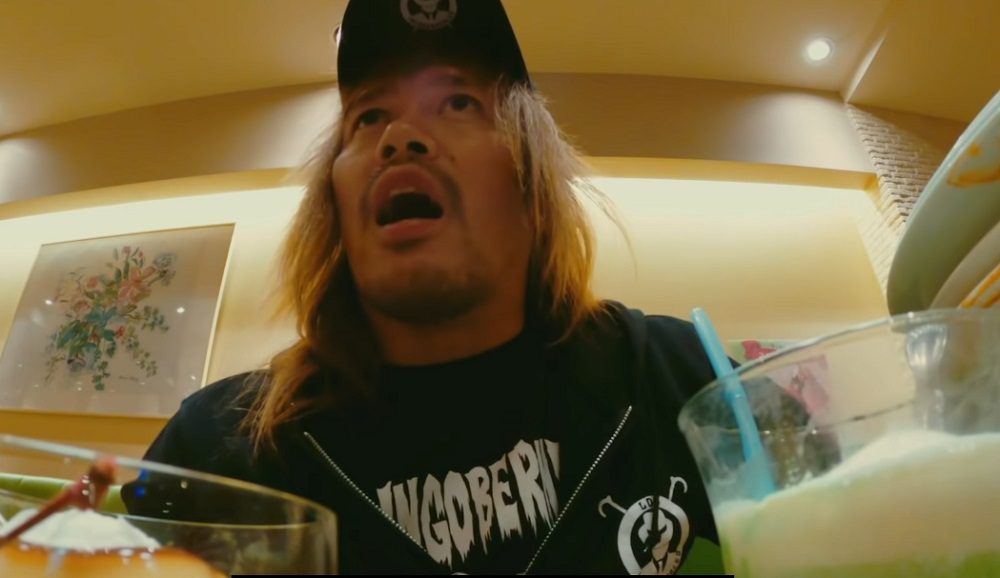 During last week’s pro-wrestling extravaganza Wrestle Kingdom 15, legendary Japanese promotion New Japan Pro-Wrestling (NJPW) announced that it has a brand new video game in the works, currently in development for mobile platforms in 2021.

Very little was revealed for the new project, officially titled NJPW Strong Spirits, but it is believed that the app will take a rough “management” format, and will likely see players build and train a roster of ring-rockin’ stars while capturing the “action, excitement, and passion” of NJPW. NJPW Strong Spirits will be developed by Drecom and published by card-trading and mobile game manufacturer Bushiroad.

Unfortunately no trailer nor a single screenshot was revealed, but NJPW did release a goofy commercial, featuring a sit-down chat between Bushiroad president (and former NJPW chairman) Takaaki Kidani and New Japan’s wild man, Los Ingobernable Tatsuya Naito. The amusing concept of the commercial purports that Naito has been waiting at the restaurant for Kidani since the mobile game was originally hinted at some three years ago. Brilliant.