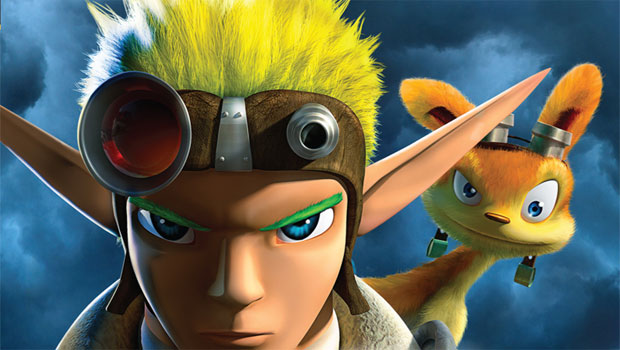 Just in time for my birthday (November 6 — ice cream cake as a gift is acceptable), Sony has announced that Jak and Daxter: The Lost Frontier will be on stores shelves and on the PlayStation Network on November 3.
This is a bit of an interesting release, as it’ll be available at retail for both the PSP and the PlayStation 2. If you don’t want to leave the house or only have a PSPgo, you can also download it from the PlayStation Network. Having options is good, I suppose.
I’ve been playing an early preview build of The Lost Frontier on the PSP, so check back next week for some impressions and details. In the meantime, spoiler alert: Daxter turns into a monster. Yup.