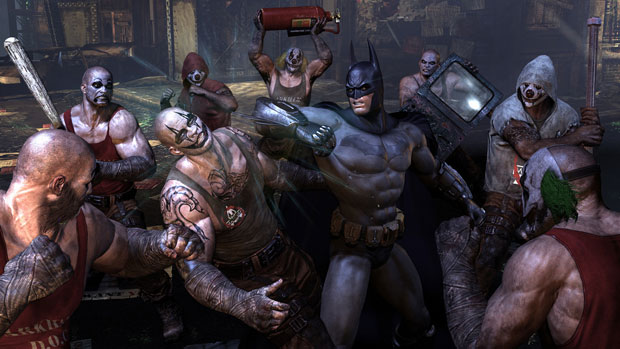 According to a preview in the latest issue of PSM3, Rocksteady’s forthcoming sequel to Batman: Arkham Asylum, called Batman: Arkham City, will feature a multiplayer mode.

The details on what this can mean are scarce, as the preview only reads “Multiplayer is a certainty, but [there are] no details on this yet.” Whether or not this was confirmed to the magazine by the game’s developer or if the writer is just making assumptions is unclear. A cooperative multiplayer mode has been rumored for awhile, with folks throwing around the idea that a second player may control either long-time Batman sidekick or the slinky Catwoman.

The Arkham City fun doesn’t stop today, as a slew of screenshots have surfaced, and this much is confirmed: it looks bonkers. Check the gallery for the goodies, try to keep your eyes in your skull, and speculate on what a multiplayer mode in Arkham City might offer.