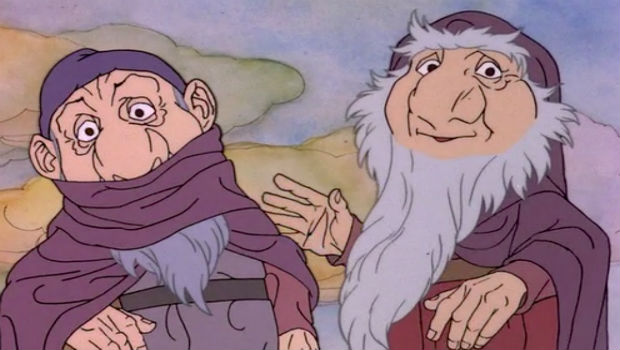 A new PEGI 12 (don’t you love that dude’s voice?) character vignette has been released for the upcoming console MOBA title Guardians of Middle Earth, and it features a few of my homeboys, Nori and Wulfrun.

Nori looks like he’s primarily an ability-based character, with mid-range survivability. His main role is to get all up in the towers grills and smash them into oblivion — or protect them.

Wulfrun seems like a full-on tank. He’s capable of using “dark forces” to summon all sorts of cool sh*t and rock people. Yea, I’m down with that. If you’re a hardcore Tolkien fan and are wondering where the hell he’s from, it’s War of the North.

I love MOBAs, so I hope this game is good. Other than the upcoming Blizzard All-Stars, there aren’t many casual-friendly MOBA games. This could be a great gateway drug.

Filed under... #Lord of the Rings#MOBA