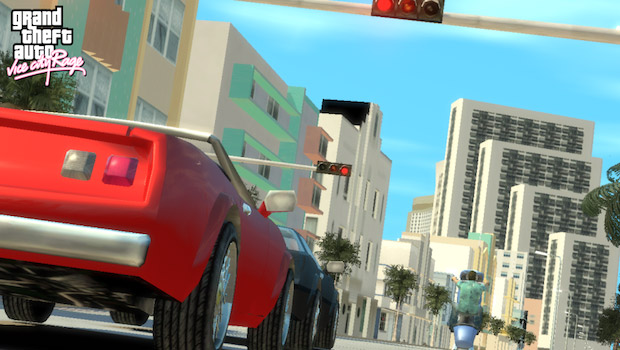 After the dust settled from Grand Theft Auto IV‘s release, thoughts quickly turned to when the inevitable sequel would be set and where. I know I was keen to see a return to the crime-riddled Vice City, a sunny Florida location where Tommy Vercetti established his crime empire in the 1980s.

Well, a bunch of enterprising modders are planning a Christmas 2011 release for Vice City Rage, a project that will put GTA: Vice City and most of its original assets into GTA IV‘s engine. From the trailer for the project, it looks like there’s going to be new and improved graphics and physics but the story, dialogue, and mechanics of the the 2002 game look to be untouched.

I’m excited to see how this turns out. Vice City has always been my favourite of the series, both with its characterful setting and brilliant soundtrack. Given that the next GTA game (probably) won’t be set in Vice City and an HD remake isn’t likely either, I’m considering this mod project as a potential Christmas present.