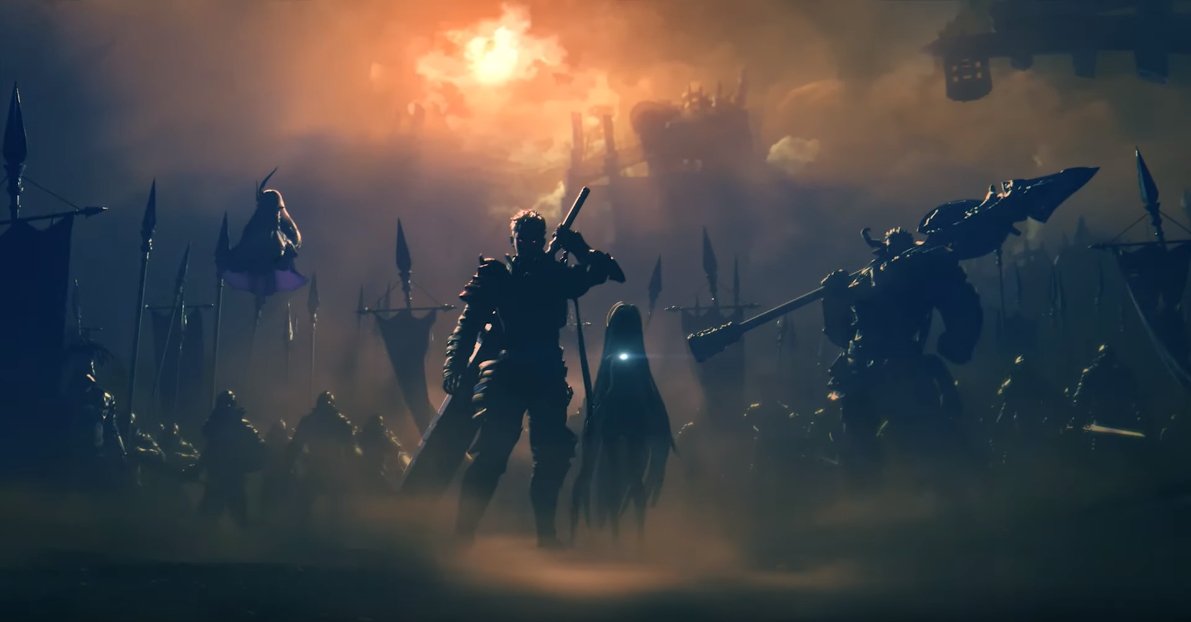 The trailer and clip stars the Dragon Knights, four of the most popular characters in Granblue Fantasy. Hailing from the kingdom of Feendrache, Percival the Lord of Flames, and the Twinfang Prodigy Lancelot – both of whom also happen to be on the Granblue Versus roster – are joined by Fellowship Knight Vane and Siegfried the Dragonslayer.

The gameplay clip also showcases multiplayer co-op, with four players taking control of the knights as they run a quest to track down a lost airship, fighting monsters and an ancient dragon along the way.

I gotta say, the game looks shiny and colorful. I also like some especially Granblue-esque touches, like the UI design and fonts being straight from the mobile game (even the stickers the players are using to communicate!), alongside mechanical adaptations like flashy charge attacks and chain burst follow-up strikes.

It also ends on an interesting stinger featuring shadowy characters and someone that looks a bit like the lead heroine Lyria.

Granblue Fantasy ReLink doesn’t have a release date yet, but it is slated for PS4.