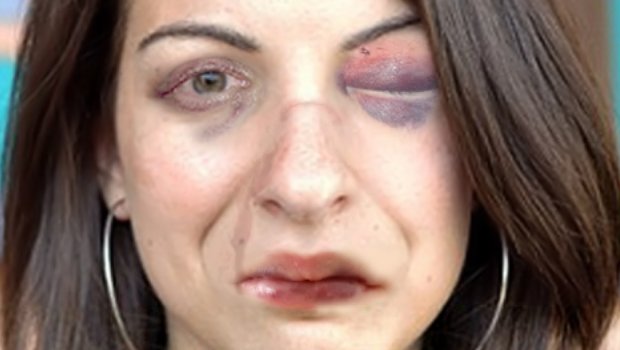 Anita Sarkeesian is a name that many gamers really weren’t familiar with before she became the latest gamer harassment target. Now she’s everywhere, and her controversial opinions have led to things like this — a game in which players are invited to beat her face in. It’s pretty creepy, as the screenshot above demonstrates.

“Anita Sarkeesian has not only scammed thousands of people out of over $160,000, but also uses the excuse that she is a woman to get away with whatever she damn well pleases,” says the game’s indignant description. “Any form of constructive criticism, even from fellow women, is either ignored or labelled to be sexist against her.

“She claims to want gender equality in video games, but in reality, she just wants to use the fact that she was born with a vagina to get free money and sympathy from everyone who crosses her path.”

Her opinions are unique, and there’s plenty of room for reasonable criticism, but the sheer terror and fury she’s managed to inspire has been off the chart. In any case, things like this have only continued to contribute to her fame. That seems like a bit of an own-goal in the case of the folks who wanted her silenced.