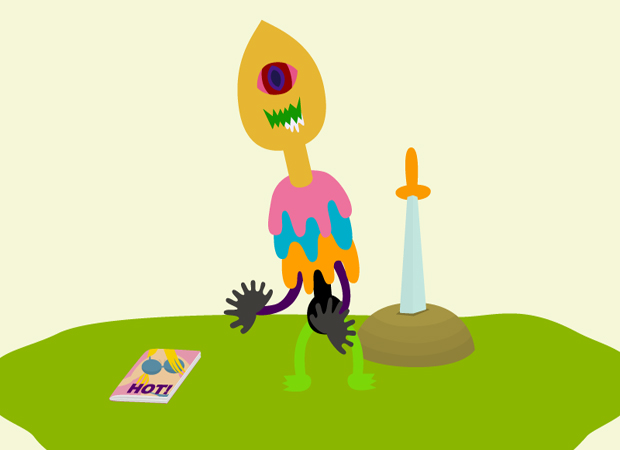 Lets roll it up into our lives

Keita Takahashi has been keeping a lower profile of late. He hasn’t been involved with the Katamari series since since We <3 Katamari, and Noby Noby Boy was his last game to be seen on consoles. Other than his LA Game Space project, he’s been pretty far off the grid. I just figured he was off designing playgrounds somewhere.

Thankfully, Keita isn’t as far from the forefront as I thought. He’s teamed with Ricky Haggett (Frobisher Says), George Buckenham (Punch the Custard), and others for a newly unannounced game set to be revealed on March 27 at the Wild Rumpus/Venus Patrol GDC party. In the meantime, we have the art seen here and this video as clues to what the game will be about.

A color-touching game about drooling lemon/penis cyclops monsters who reads pornographic magazines? Count me in!