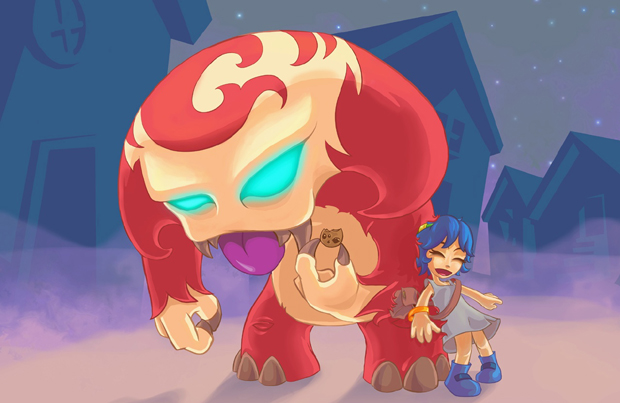 IGN just put up an interview with the team behind Project Monster (working title), the new game from the developers of Henry Hatsworth. The game is about a young girl who takes a monster under her wing, who returns the favor by helping her beat up other monsters and their kids; sort of like A Boy and his Blob but with less jelly beans and more wanton violence. That’s just my take; the developers mention other influences, namely Pokemon, Metroid, Mega Man, Castlevania, and “fighting/beat-’em- ups”. To quote them directly- “The game’s core mobility, intense combat, and inspiration from gaming’s historic greats all blends together to create a package that feels polished and rewarding”.

Sounds like they’ve got the right idea, and so far, things are looking good too. The sprite-based graphics look better than the already respectable stuff found in Hatsworth, and nearly as good as the top-of-the-line sprite-work of that upcoming Shantae DSiWare game. Project Monster has no announced publisher yet, but I’d wager it’s just a matter of time before it does.

Let’s keep out fingers crossed on this one.