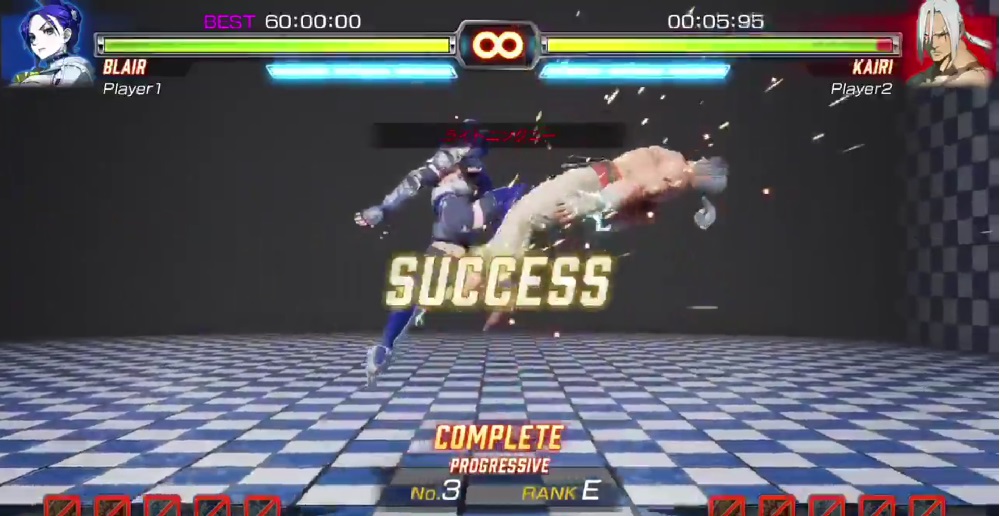 Which is Trials to you and I

From the looks of things, Expert Mode is basically what most other fighting games would refer to as Trials, where players can pick their favourite characters and work through a series of combos, ever-increasing in difficulty. The video features the blue-haired Blair prepping herself to chew bubblegum.

I like the look of Fighting EX Layer. I’m keen to get some quality time with it. But there remains an air of uncertainty about the title, with the publisher splitting the price tag, and being unable to commit to future platform ports and roster additions.

Whereas some fighters can have a really rocky start, such as Street Fighter V, but still have the machine behind them to keep pushing, more niche titles, such as Fighting EX Layer, literally live and die by their early sales. Here’s hoping the game delivers when it arrives on PS4 this Summer.