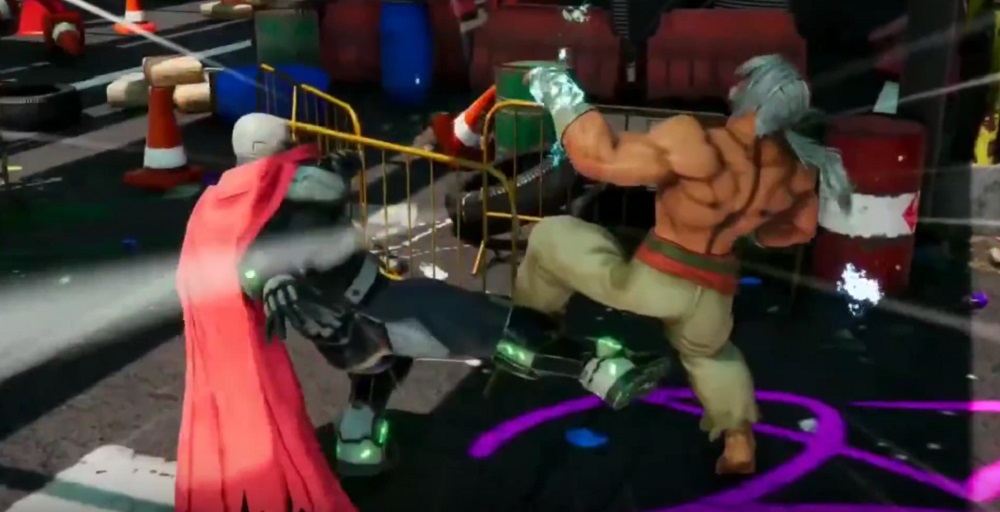 What’s with that Shadowgeist music?

Yesterday we received a slew of news pertaining to Arika’s upcoming one-on-one scrapper, Fighting EX Layer. This included the reveal of the latest addition to the game’s roster of reprobates, Shadowgeist.

Today sees the release of multiple trailers featuring some of the game’s more recently revealed characters in action. Poundshop-Leona, Blair, “Don’t call me ‘Cracker’ anymore” Jack and the aforementioned Shadowgeist all show up to do their thing, namely lay a beatdown on anyone foolhardy enough to stand in their way.

As reported yesterday, Fighting EX Layer will launch on PS4 as a digital-only title. There are two price points of $40 and $60, both with their own respective features. Arika have said that they might consider porting the game to PC should the PS4 release prove successful. Though it seemed some of you in the comments were distinctly turned-off by the game’s price and delivery method.

I’m personally for this title and its unique gameplay style, but they gotta do something about that sound. From the cardboard strikes, to the one-note character vocals, the bored announcer and some of the music. Even if they’re going for “retro-stylism” with it, it just sounds bad.