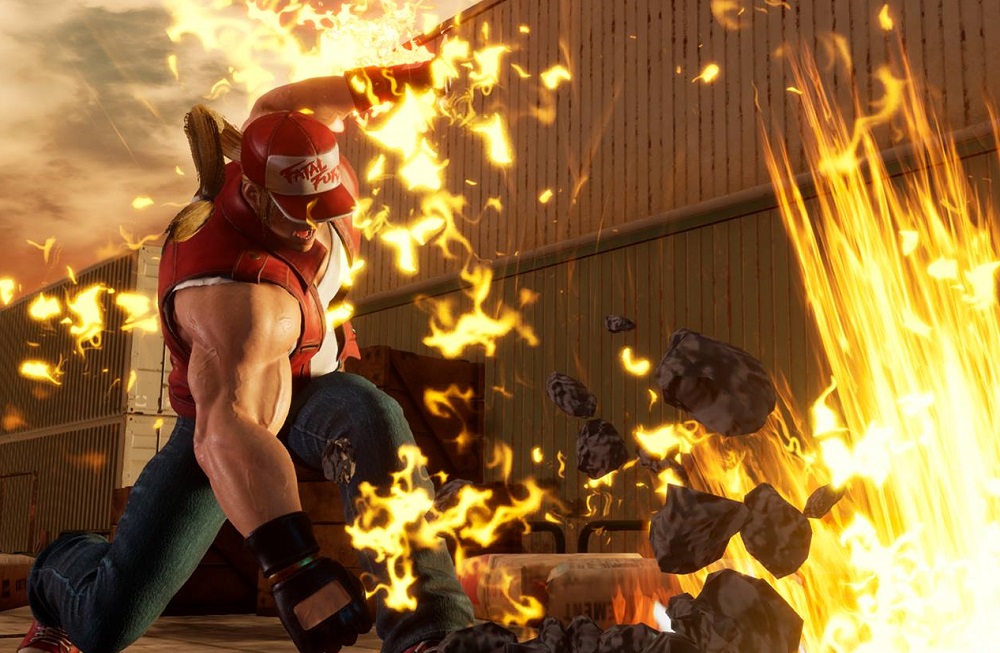 Developer Arika has released some cool screens of the next three fighters expected to be joining the Fighting EX Layer roster: Sharon, Area and Fatal Fury’s King of the Streets, Terrence Bogard.

Gunslinger Sharon is taking time out from all her shooty-shooty chicanery to perform a butterfly-inducing flip-kick. Tech-whiz Area is prepping her armour for battle, while the better-looking Bogard brother can be seen busting out two of his classic Fatal Fury moves, Crack Shoot and Power Wave.

Although there are no dates set for the roster additions to step into the ring, we do know that two of the upcoming FEXL characters will be free downloads. If I were a betting man, I’d say its safe to assume that Terry will be the paid DLC character.

Fighting EX Layer is available to download now on PS4 and PC.