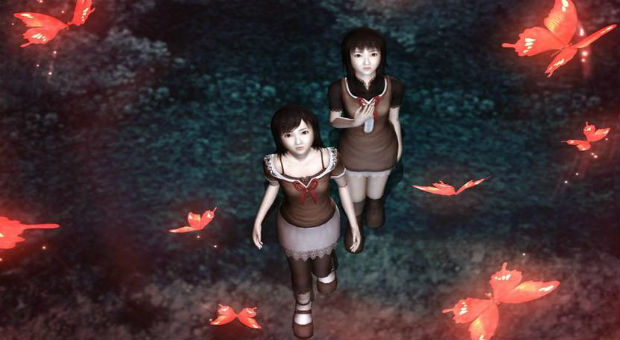 Fatal Frame, otherwise known as one of the only series that even gives me even the most remote semblance of uneasiness, will be making an appearance on the Wii U soon. It’ll be materializing. Get it? Like ghosts? Tecmo Koei and Nintendo have joined forces for the latest addition to the Fatal Frame franchise, though there’s no title or release date to impart to all of you fellow horror hounds just yet.

The good news is, a new game isn’t the only Fatal Frame-related media hot stuff comin’ our way. Kadokawa Corporation has a live-action Fatal Frame film slated for a fall release, and an original novel from Eiji Otsuka (MPD Psycho, Kurosagi Corpse Delivery Service) is in the works as well. If you want some (hopefully) grotesque imagery to accompany morbid text, a comic is also coming down the pipeline from Shin Kibayashi, creator of Kindaichi Case Files.

It’s a regular Fatal Frame-a-palooza up in here, but you know what would be really cool? A localization of Fatal Frame: Mask of the Lunar Eclipse on Wii U, since we never got a chance at playing the 2008 release. Not cool, man. Not cool.