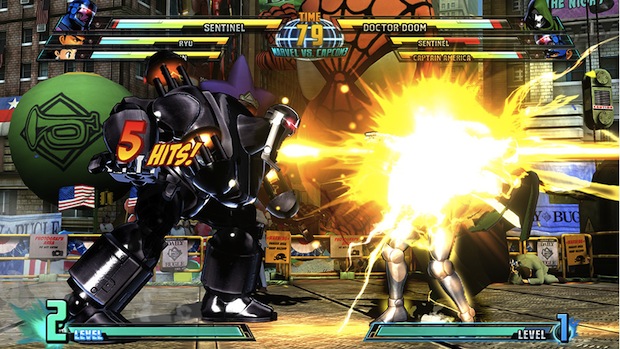 Next week, during San Diego Comic-Con, at Capcom’s Marvel vs Capcom panel we are told to expect “fantastic news” straight from producer Ryota Niitsuma. The event also promises a behind-the-scenes peek as well as a change to fight on stage for “fantastic prizes.” Man, this panel should be Fantastic. Here’s the entry on the Comic-Con schedule for Saturday morning at 11 a.m.:

Fighting fans! Come to this panel to hear the fantastic news about this legendary fighting game franchise straight from producer Ryota Niitsuma. Get an exclusive behind-the-scenes peek as well as a chance to come onstage to showcase your fighting skills against each other for fantastic prizes.

What do you think the big news is going to be? It might be a new version of the game. DLC is always a possibility.

Are you going to be there, MvsC fan? I’ll likely be in the room for the following Q&A session.

Filed under... #Capcom#Comic-Con#Marvel vs Capcom