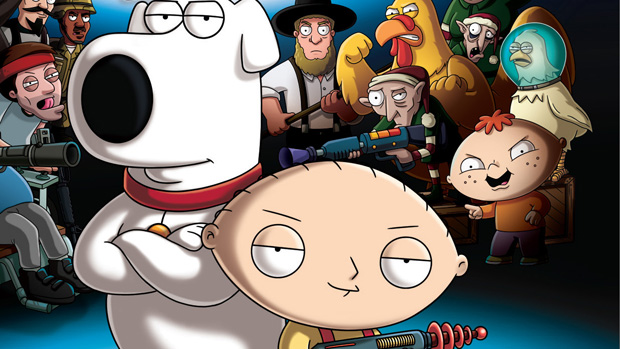 Trio of images feature multiplayer in the multiverse

Activision released new screenshots of Family Guy: Back to the Multiverse today, giving a look at the title’s multiplayer component. I wish I could muster some enthusiasm for it — there’s split-screen, after all, and I do love that consideration — but it’s pretty tough. A deathmatch mode in a licensed game based on a television show does not inspire confidence.