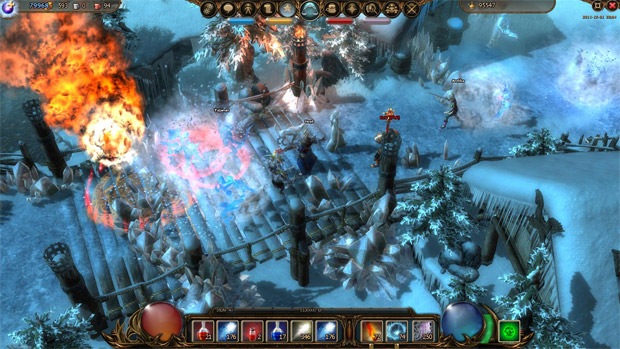 Just after going into open beta in August, Bigpoint‘s Drakensang Online will be receiving a major content update just in time for the holidays.

This update to the game will be its NORLANDE expansion, which introduces a number of new quests and areas, along with tons of monsters, champions, and bosses for both the newly recruited and the veteran adventurers to test their skills against.

The new content will also introduce new items and equipment to add to their medieval arsenal and feature a third class of character, the Ranger. Rangers are archers with a high level of dexterity but they can still hold their own in a fight; they also bring a skill system that will a) help new players get acclimated to Drakensang Online‘s skills and b) boasts to improve gameplay.

Bigpoint also looks to enhance the skills of existing players by doubling the skill sets available in the coming months and by implementing a Skill Trees for high-level players, in order to further customize and tweak their characters to utilize certain play styles.

Drakensang Online does have a unique visual style to it, and its user base has been steadily increasing since the open beta launched. I’ll be interesting to see where Drakensang Online goes in the coming months.