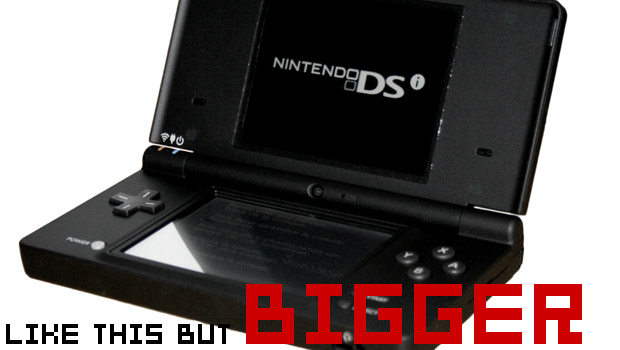 For those of you straining your eyes to see the Nintendo DSi’s 3.25″ screen, Nintendo hears your cries.

According to Japan’s Nikkei post, Nintendo will be releasing a Nintendo DSi with a 4″ screen in Japan later this year. The functionality, according to the paper, will remain identical to the current DSi… the screen will just be a bigger. The price will also remain the same, at 18900 yen.

No word on if this will completely replace the current 3.25″-screened model, or if the new version will hit retail outside of Japan.

My take: There may be more we don’t know about this new model yet, but isn’t a bit soon for this? The Nintendo DSi was released in Japan less than one year ago, and earlier this year in North America. I’ve yet to hear anyone complain about the size of the screen; it’s actually .25″ bigger than the original DS, which was 3 inches.