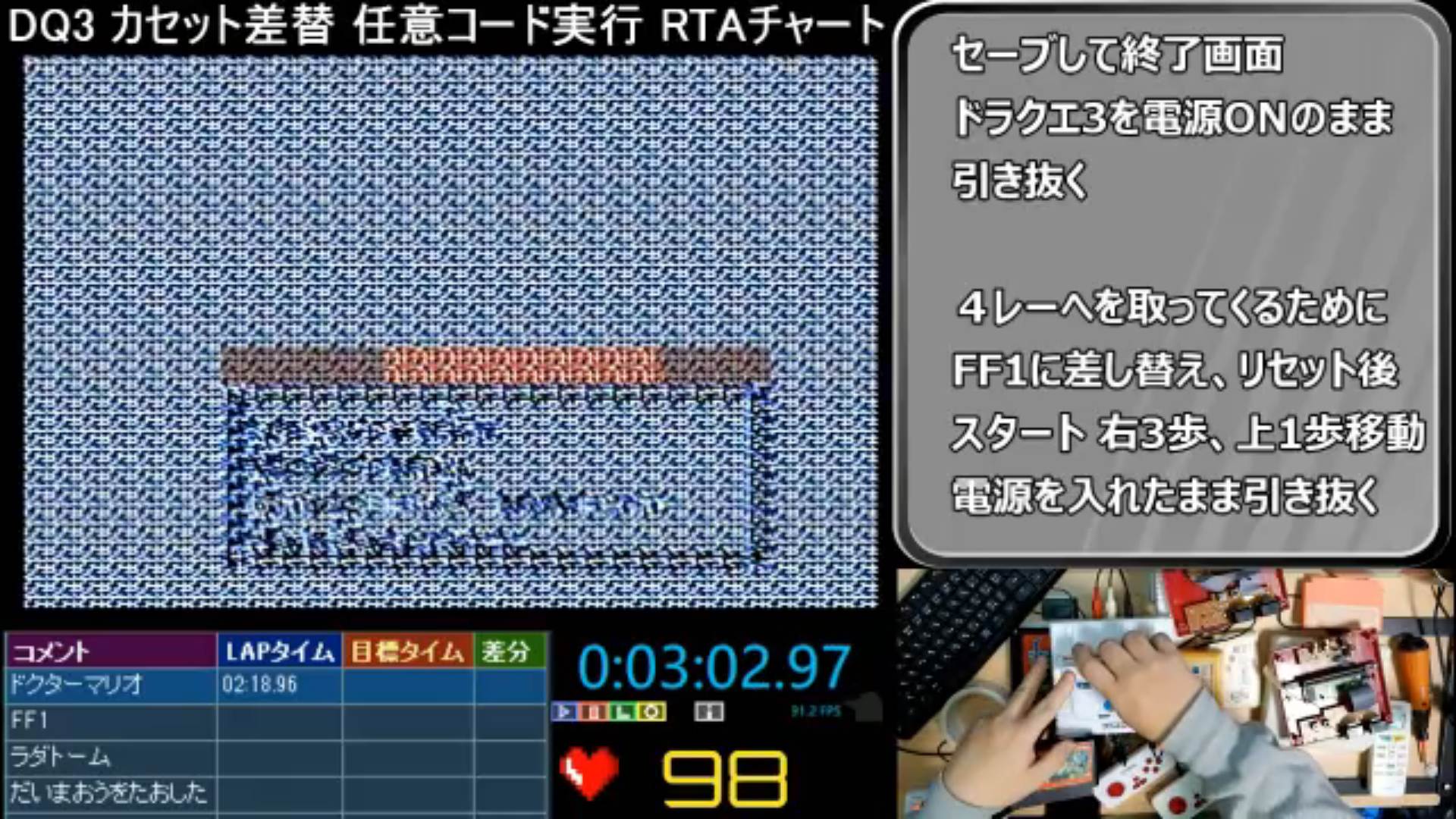 Speedrunners have a knack for finding new ways to mess with games in the search of faster clear times, and the latest Dragon Quest 3 strategy is no exception. Runner Hitshee has now cleared Dragon Quest 3 in under seven minutes by swapping the cartridge around with a few other games while playing.

In a video, Hitshee broke down their strategy, which involves pulling the cartridge for Dragon Quest 3 and inserting several other games: Dr. Mario, Final Fantasy, and Kirby’s Adventure. They recorded their full playthrough of the speedrun, but the video in the tweet below highlights the cartridge-swapping action.

Nintendo Enthusiast broke down Hitshee’s explanation of the technique. By swapping in new cartridges and inputting specific commands, it will result in some rewrites that result in maxed-out party members, item codes being rewritten, and the game getting a little buggy. Once the right swaps and inputs have happened, the player can simply Zoom to the castle in Tantegel and, with a few finishing moves, be greeted with the ending of Dragon Quest 3.

Dragon Quest 3 runners are no stranger to odd techniques. It wasn’t that long ago that some in this “anything goes” category were putting their consoles on a hot plate after discovering they could bug saves when their cartridges reached a specific temperature.

Not only does this seem a little bit safer, it also has some real results. In the video above, Hitshee sets a time of 6:47.10, and they’ve posted times below six minutes as well. The ingenuity of speedrunners to not just find fast methods for beating a game on its own terms, but to discover any way they can shave minutes off a run—even resorting to hot plates and hot swaps—will always amaze me.