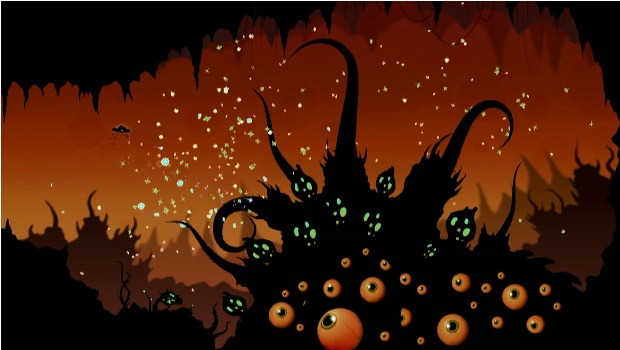 Do you just wish you had more Insanely Twisted Shadow Planet? Well, do I have news for you. “Shadow Hunters” is new DLC that will be hitting the Xbox Live Marketplace next week and it expands on the Lantern Run multiplayer mode that was already in the game. It will also take place after the conclusion of the campaign, where you and up to three other friends will finally get rid of that pesky dark plague once and for all.

The DLC is also doing something quite different than the rest of the game. Every time you start it up, the map, enemies, power-ups, recharge stations and bosses will all be placed dynamically. And to get rid of the dark plague, you will be toting a bomb along with you. The recharge station will now act as a way to add seconds back to the fuse of that bomb, obviously so it doesn’t blow up prematurely during the fifteen minutes it takes you to place it. Insanely Twisted Shadow Planet‘s “Shadow Hunters” will be hitting the Marketplace on September 13th for 400 Microsoft Points.