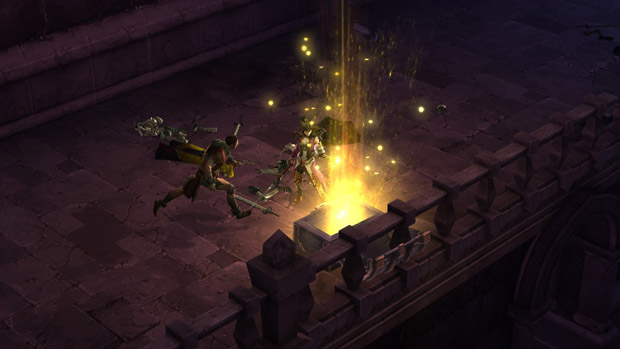 Blizzard exploring ‘ways to reduce the impact of the Auction House’

At the start of this year, Diablo III director Jay Wilson announced his plan to move on from “one of the most challenging and rewarding periods of my life” to work on another project within Blizzard. A replacement for the position has been found. The new game director, Josh Mosqueira, describes his past in a blog post and sets up what’s next for Diablo:

“Our goal is to make the loot experience more enjoyable for ALL players,” he writes. “This includes reducing the amount of loot that drops while improving the overall quality, introducing targeted Legendaries, and giving players ways to directly customize their character’s armor — both visually and mechanically. We’re also looking into ways to reduce the impact of the Auction House. While we think the feature does provide a lot of value, it shouldn’t feel like the end-all-be-all force driving character progression.”

I doubt there will be many (any?) objections to de-emphasizing the dreaded Auction House. “In the future, we’ll be focused on preserving the core fantasy by cultivating the roots of the Diablo storyline, fine-tuning the heroes for what lays ahead, and creating new monsters and demons that will once again plant the seed of fear in your hearts.” In closing, Mosqueira says the team has “some great ideas brewing for ways to address randomization, what our endgame should offer, and how to make playing online with friends truly fulfilling.”