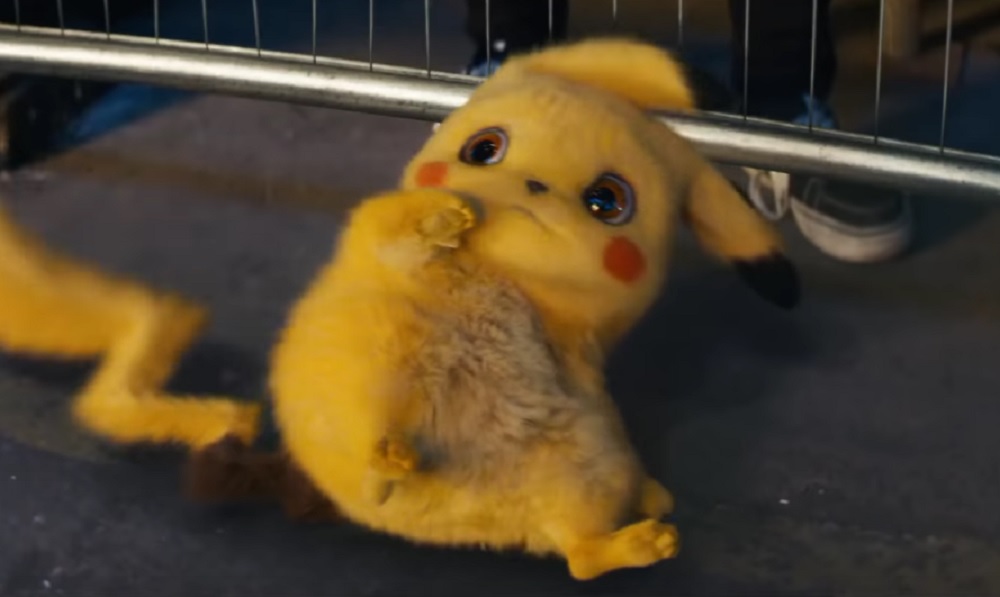 It shouldn’t be this way. It should be a disaster. On paper, it doesn’t really work. A mix of 3D CGI and live-action – with its characters adapted from simple 2D drawings – it should be kind of a wreck. But somehow, despite the odds, Pokémon: Detective Pikachu continues to look like an absolute riot.

This newest trailer, released by Warner Bros. sees our cuddly straight-faced hero, along with pal Justice Smith continue his sleuthing ways through Ryme City. In the two-minute spot, we see a menagerie of famous Pokémon, including Snorlax, Jigglypuff, Cubone, Mr. Mime, a terrifying Charizard and, finally, the inimitable Mewtwo, all backed by Bonnie Tyler’s 1984 hit “Holding Out for a Hero.”

Ok, so movie trailers are designed to showcase upcoming films at their best, and the recent spots for Detective Pikachu do not, of course, guarantee a five-star movie. But damn if they aren’t doing a good job of making this look like it could be one of the most exciting and fun adventures films of 2019.

Pokémon: Detective Pikachu launches in theatres this May.