Brave Neptune, the first Neptunia title to be developed in the West, will feature all of your favourite heroes from games past. This includes Noire, Vert, IF, Blanc and, of course, Nep-Nep herself. Histoire will also be around to help out, although it appears she may have reverted to her book form! 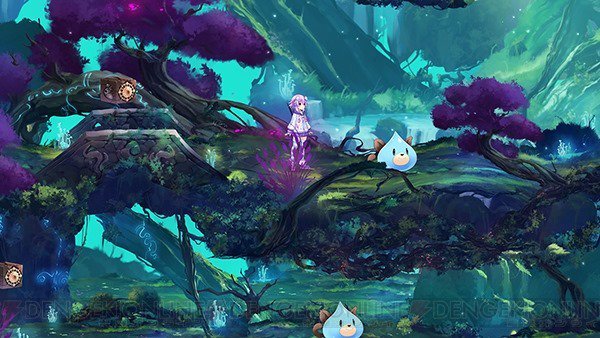 As for the story, the game is set in the ever-faithful location of Gameindustri, but some of our heroes appear to be suffering from amnesia, and do not recognise their surroundings or each other. Other characters expected to appear include Chrom, Hakukei Tobi, Surara Ideta and Mai Kamimura. It is suggested that the game will be more lighthearted than ever before. I really don’t know how that’s possible.

The game is a 2D adventure, but will provide depth through interior points to create a maze effect. This sounds to me very similar to the mechanics of Shantae: Risky’s Revenge, which was a 2D adventure game that featured multiple plains for characters to traverse and  explore.

Finally, the game will launch in Japan on PS4 September 27. Obviously as this is a PlayStation journal, no mention was made of the title coming to other platforms. A Limited Edition will also be available, including an artbook and the game’s soundtrack.