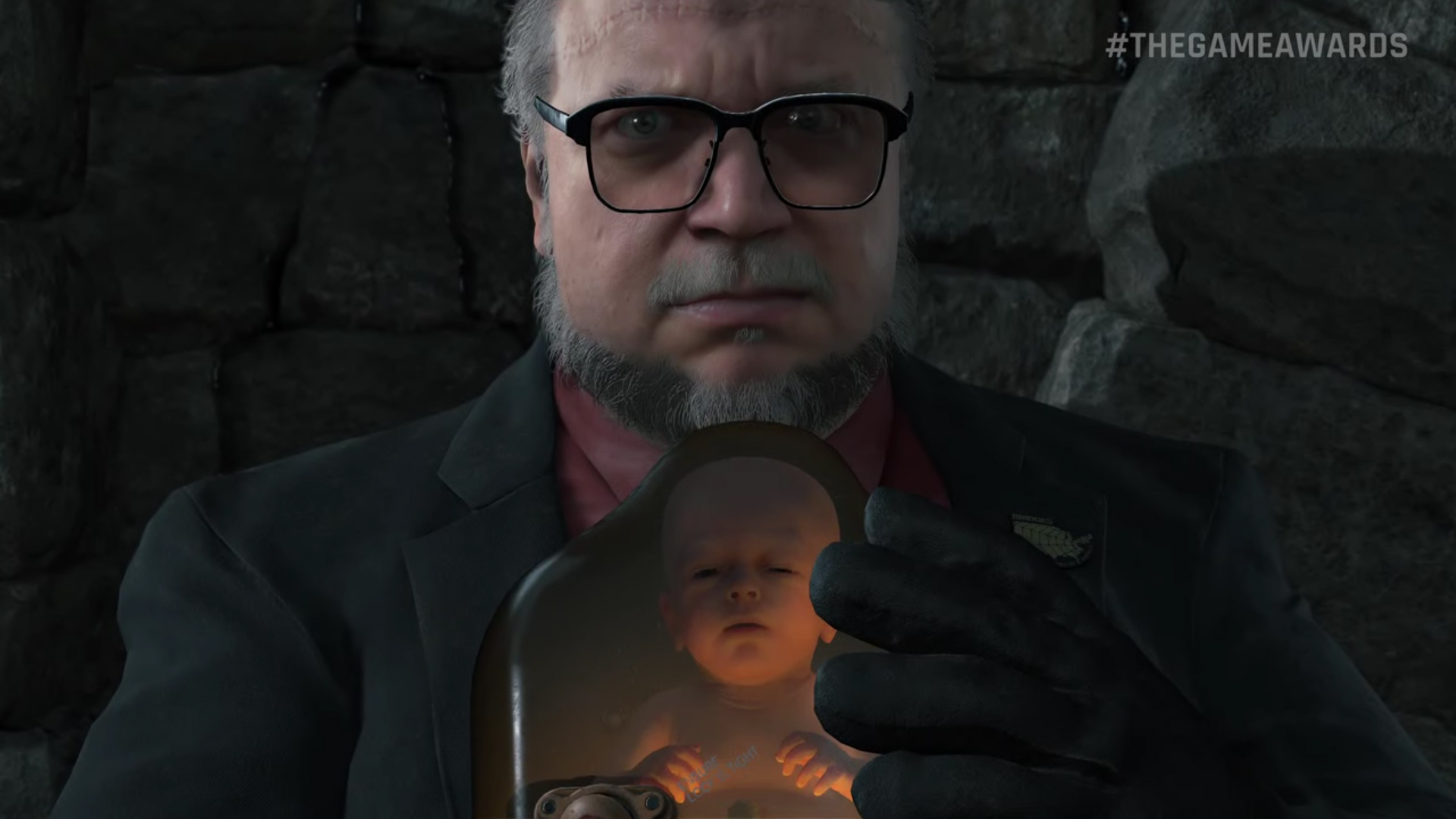 Kojima Productions’ next title, Death Stranding, looked friggin’ bizarre when it was announced at E3, what with the naked Norman Reedus and dead crabs and all. A new trailer shown at Geoff Keighley’s Game Awards proves that we should never underestimate Kojima’s propensity to out-weird himself.

After starting with more dead crabs, the camera follows a man in a suit as he comes upon a mostly-destroyed city. Turns out the man is none other than Guillermo del Toro, looking terrified and determined!  As he hides under a bridge overpass, a nasty biomechanical tank, soldiers, and inky-looking jets pass by overhead. Del Toro produces a portable baby incubator from his jacket and the baby winks at the camera. This all of course leads to soldiers with weird ink tentacles coming from their legs emerging from a sewer. One of the men removes his helmet to reveal that he’s Mads fuckin’ Mikkelsen. 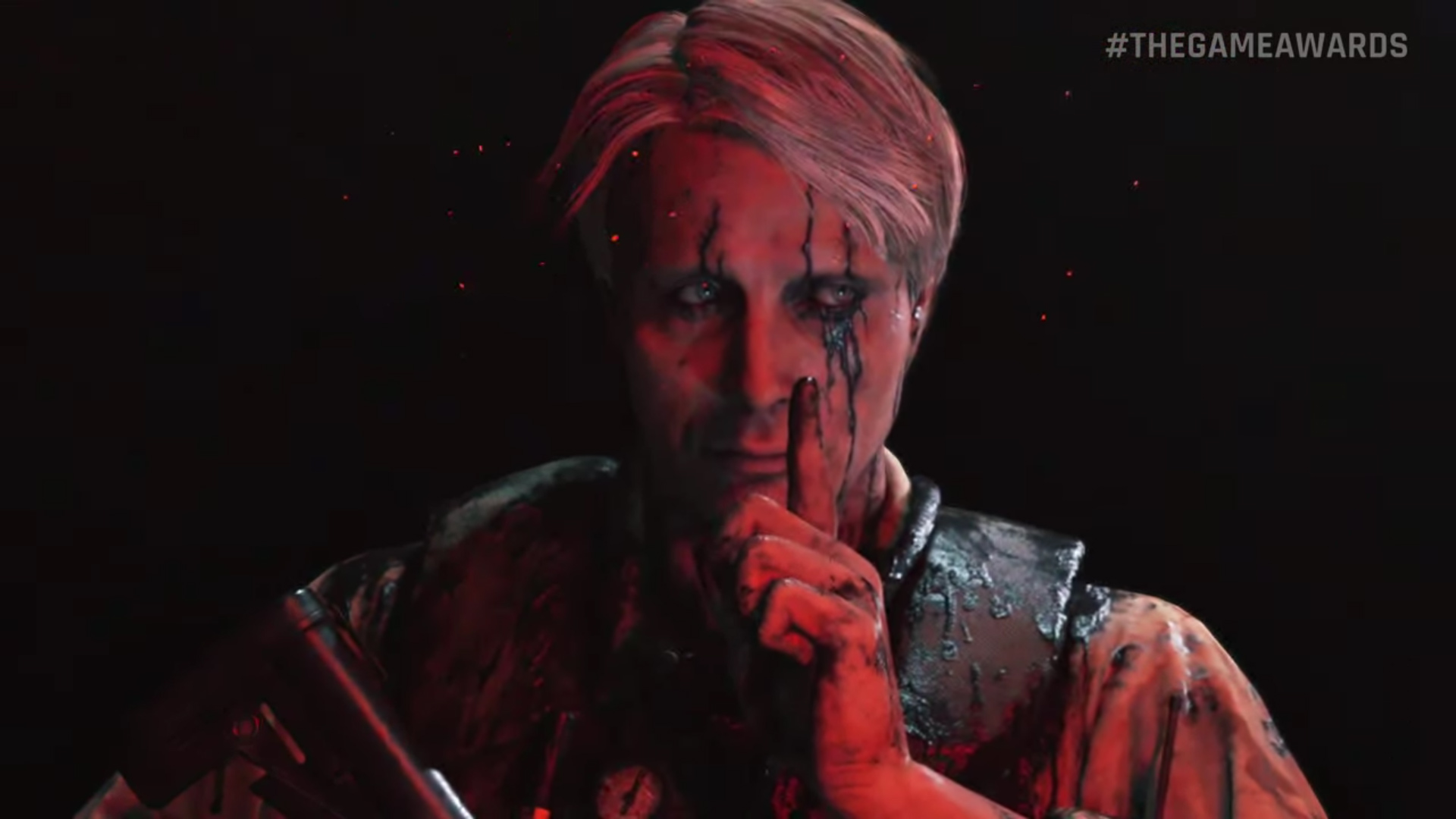 What the hell. I really want to see what the game is gonna play like, but for now I’m content with feeling deeply uncomfortable whenever a new trailer comes out.