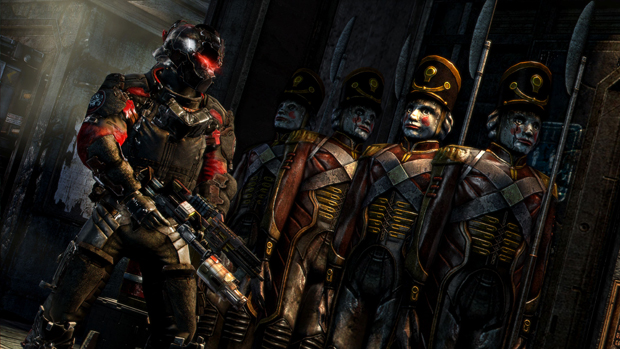 A new batch of screenshots for Dead Space 3 have been shipped out by Electronic Arts. The images show bits of a cooperative mission, Marker Containment, where Isaac is helping Carver to deal with visions of his dead family.

I’m pretty down with the cooperative elements of Dead Space 3 as they’ve been described. The only problem that I can see is that I know I’d want to experience the story in single-player first as Isaac before then playing as Carver for a second, cooperative run. But I’m not at all hyped up about the idea of playing Isaac again in co-op, so I hope there are people out there more willing to do that while I get to enjoy Carver’s creeping insanity.