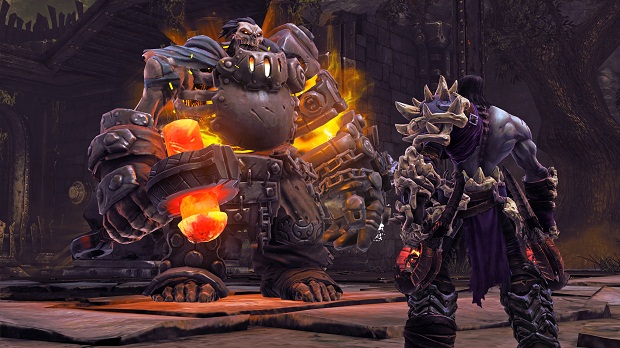 The Darksiders II DLC continues to arrive with a second installment entitled The Abyssal Forge arriving for Halloween. THQ haven’t been slow with following up Darksiders II launch with DLC and this new chapter promises to be the toughest yet.

Traveling to the Shadow Lands, Death must face off against the creator of the Abyssal Forge, known only as the Mad Smith and an army spawned from his infernal contraption. This new area promises lots of new loot and a a tougher challenge for Darksiders II players.

The Abyssal Forge will cost 800 MS Points or $9.99 regular money and is available to download on October 30th on Xbox 360 and PC but PS3 owners will have to wait until the 31st to download the PS3 version.