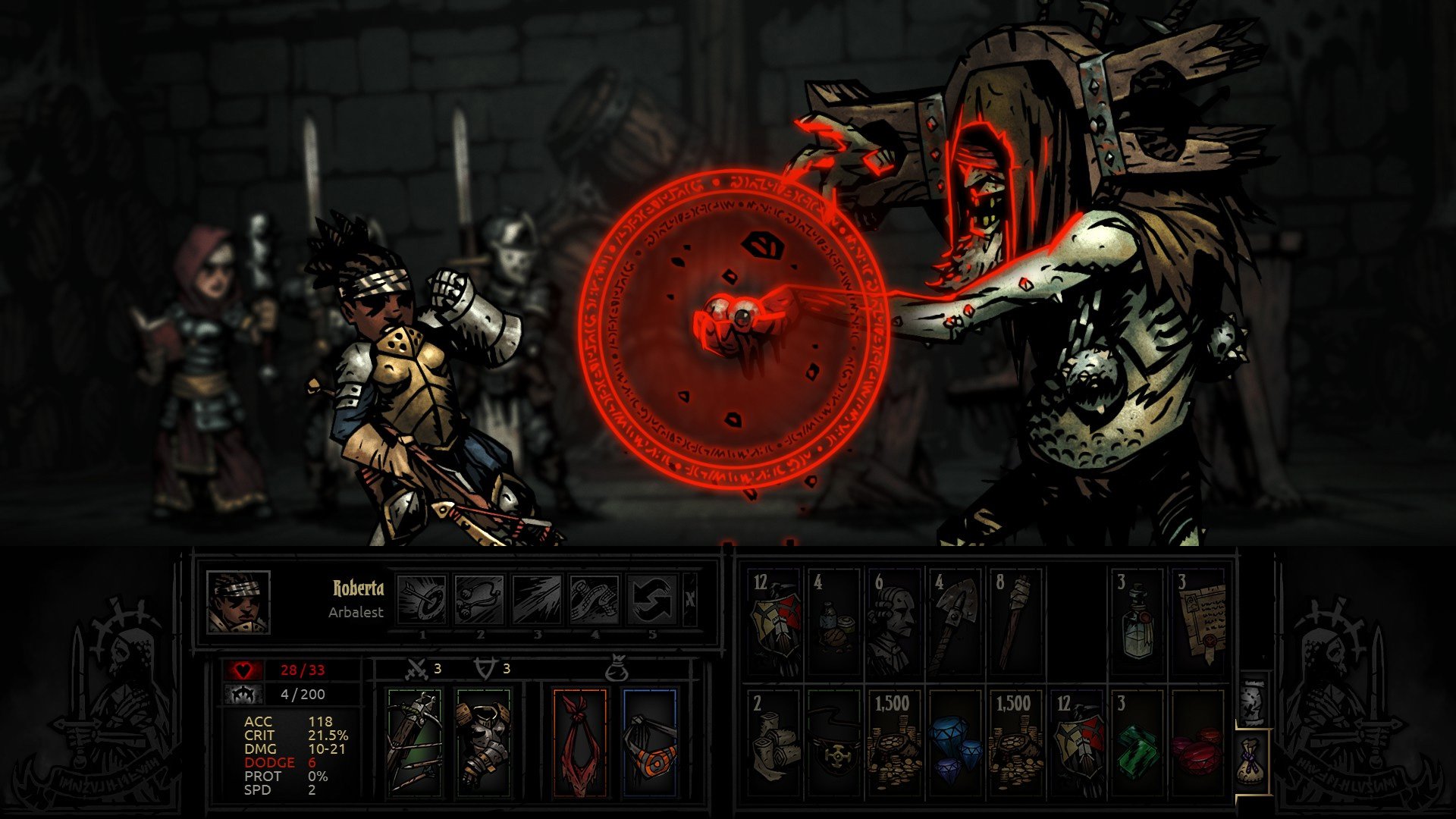 Whether or not you’ve been personally hurt by Darkest Dungeon, a brutal RPG about stressed-out heroes trying not to lose their cool despite bleak, overwhelming odds, the game is fascinating to dive into and learn from. It’s the subject of an hour-long documentary from The Escapist that covers the brilliant highs and blistering lows of launching a super successful game on Steam Early Access.

“The name, Darkest Dungeon, all of that was just kind of like these loose ramblings in a sketchbook,” said creative director Chris Bourassa. “I just feel like I got to a point where I’d had enough [of working at bigger studios]. If a project was going to get canceled, I wanted to have an intimate understanding of the why and the how as opposed to just being informed one day that that was it.”

Eventually, the timing “finally lined up” for Bourassa and Darkest Dungeon design director Tyler Sigman. They had a moment where they were both free to commit to something new – an idea they had to get out of their system. “We wanted to make a game about [that feeling] when you really accomplish something heroic in a situation that is horrible, then it’s all the more meaningful,” Sigman explained.

As Bourassa recalls, “We went to this restaurant – they have like 84,000 beers on tap – but we just drank whiskey all night, and by the end of it, it was just like, I don’t even want to know what we looked like. We made this blood pact – whiskey pact – to finish the game and see it through.”

A major thread in the documentary deals with a controversial update that soured some long-time players and started shifting the “indie darling” narrative surrounding Darkest Dungeon and Red Hook.

The update – the July 2015 Corpse & Hound patch – added corpses to combat. It was a far-reaching fix to get the game’s vision and ideals back on track, but that’s not how the change was perceived.

Before the patch, combat “was too easy to game,” according to Bourassa. “I don’t mind if people find exploits and manage to break the game in certain ways, but it should be challenging, and it should require mastery over the core systems to be able to abuse the game. This was too juicy a low-hanging fruit for people. It eroded this experience of uncertainty, and horror, and the real narrative and thematic goals that underpin the entire game. On the surface, it looks like a combat problem, but it’s so insidious that it erodes all of the supporting work […] that we’re trying to do to create an immersive experience.”

Red Hook’s solution? “When you kill an enemy, it leaves a corpse, and that corpse occupies space.”

The community “revolted,” according to Sigman. They raised hell. And a new narrative bubbled up.

“We looked at Early Access as ‘Well this is awesome. We’re gonna keep experimenting. We’ll find the bits that really work.’ The people that bought Early Access are surely buying into this idea of ‘We’re gonna fiddle with the game,'” he explained. “The simplest answer is: people love new content in Early Access. They hate game changes. If you fundamentally change big parts of the game, oh man.”

“They bought a game and they played it for five months and had really gotten good at it – strategized, figured out their favorite party comps, and what skills they like to use. I think it’s justified that we [changed combat] because it’s Early Access, but ‘justified’ is very different from the reality.”

Internally, the fear was that even though most players loved Darkest Dungeon and Red Hook had a lot of goodwill, “people are just going to remember where you ended up.” If the game-botching-corpse-patch narrative was left unchecked, “all this success we’ve had to this point might get rendered moot.”

“We went back and forth on this corpse thing,” said Bourassa. “Ultimately, we decided ‘No, this is the correct choice.’ It works. Did we roll it out properly? No. Did we set expectations properly? No. Should I have drawn corpses for every single monster so that it was this fun feature – like, look at all this new art! – yeah, I should’ve done that. But we didn’t think we needed to, and those were our mistakes.”

Sigman said that the team “recognized that even leaving five or ten percent of our community behind would suck, so we put in an option to turn the corpses off that remains in the game to this day [alongside other optional difficulty-related toggles]. Of course, we default that they’re on.”

“We pulled metrics and like one percent of players were turning it off,” said Bourassa. “Ultimately, [the controversy] went away. People who are new to [the game] didn’t know any different,” longtime players “adapted new strategies,” and Red Hook Studios “balanced out heroes as time went on.”

While they’re full steam ahead on Darkest Dungeon 2, Sigman thinks a similar outcry could happen again. “And we would stick by our guns again. And we have better community management tools.”

“But if people ever wonder ‘Do developers care?’ Yes, they care a lot – especially when it’s our game.”