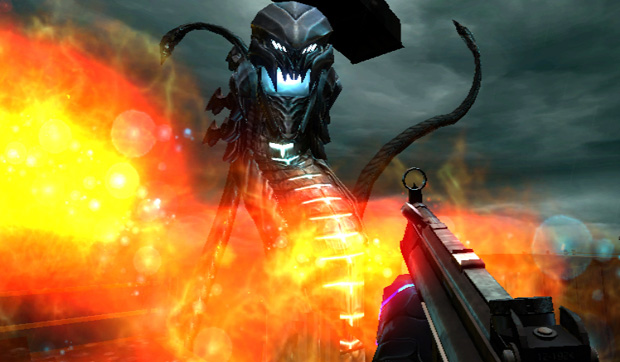 I get the sense that a lot of people are skeptical about Conduit 2. First, it’s a Wii game, which is already enough to upset some people. Second, the original Conduit received a lot of pre-release hype, but failed to live up to the expectations of a lot of gamers. It was a good game, but it wasn’t a fully featured as similar games on other consoles, which left a lot Wii-only console gamers feeling bitter and jaded, convinced that High Voltage and other 3rd party developers “just didn’t care about them”.

I really hope those same gamers are willing to give Conduit 2 a chance. From what I’ve gather from talking to the game’s developers, they really care about their fans, and are working non-stop to add as many features to the game as possible. The multiple weapons featured in this trailer are just the start of it. I’ve only played the game once, but from what I could tell, it definitely had more going for it than Goldeneye or Black Ops, let alone the first Conduit.

The game is coming out in mid-March in the U.S., Europe and Australia. As long as Sega and High Voltage can work out some proper anti-piracy measures, I think they could have a hit on their hands.