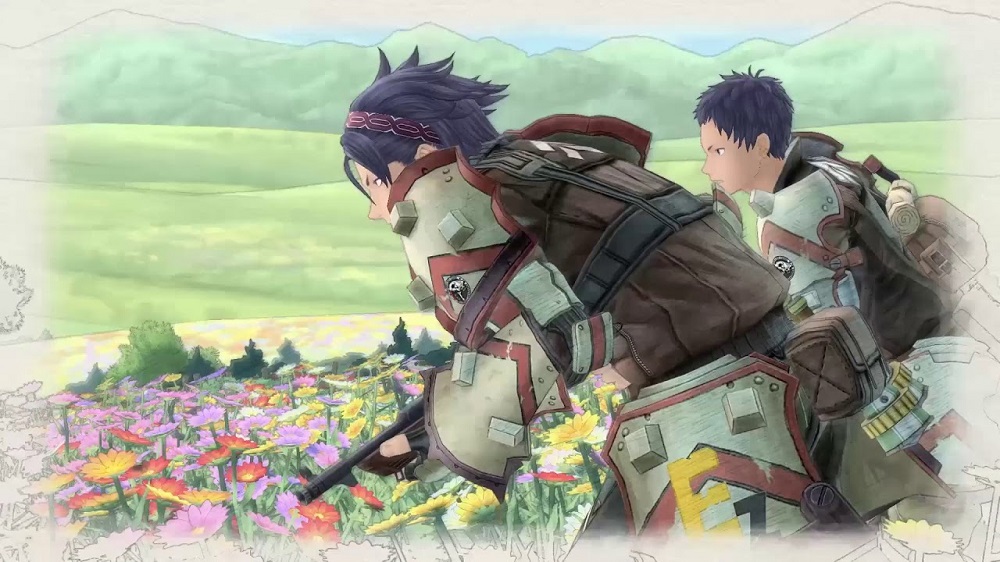 Games without frontiers, war without tears

Japanese mag Famitsu, which appears to be single-handedly pumping out info for Sega’s Valkyria Chronicles 4, has revealed a selection of all-new characters who will be arriving on the battlefield next year.

The most attention in the article is paid to the wonderfully-monikered Crimaria Revane. Crimaria is a new Valkyria, dressed in elegant military garb and rocking long, icy hair. She is shown accompanied by her wolf companion, Fenrir, and appears armed with snowflake-shaped weaponry.

The other five characters mentioned in the article are Forse, Nikola Grev, Krautz Voltz, Berger and Kiara Rosina. These new characters will join the game’s ranks of dedicated, world-weary soldiers. The can be spotted in the bottom-right of the picture below.

Also revealed was a new in-game mechanic known as “Brave”. On the verge of death, a soldier may be granted one of two options: “Entrust” will award one Command Point and boost a nearby ally’s abilities, whereas “Rise Up” awards one Action Point and allows for one invincible turn.

Valkyria Chronicles 4 launches on PS4 in Japan in March 2018, with a Switch release to follow in Summer. The Western release is scheduled for sometime in 2018.

Thanks to Gematsu, Ryokutya 2089 and Hachima Kiko for images and translations.