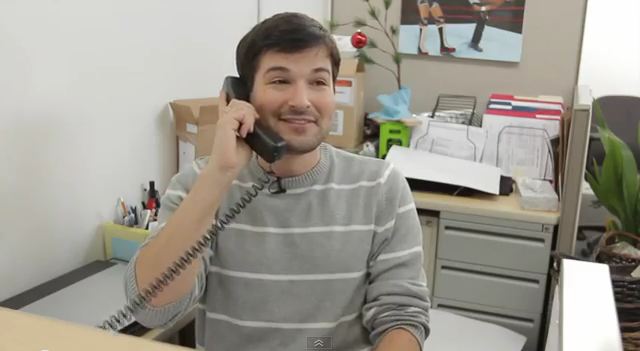 It’s been an interesting 24 hours if you’ve been following Paul Christoforo of Ocean Marketing’s shenanigans. If you’re not familiar with the situation, you should probably crawl out from under your rock or something. Basically, Christoforo attacked one of his customers after said customer inquired about the controller he was supposed to get. Penny Arcade’s Mike Krahulik got involved, and ever since then it’s gotten crazier and crazier as the story developed.

New Challenger decided to take what was already comedy gold and put together a little video to showcase “another day in the office at Ocean Marketing.” There’s just something about Anthony Carboni saying lines like “I wwebsite as on the internet when you were a sperm in your daddys balls” that’s absolutely hilarious. The video really speaks for itself, so give it a watch.