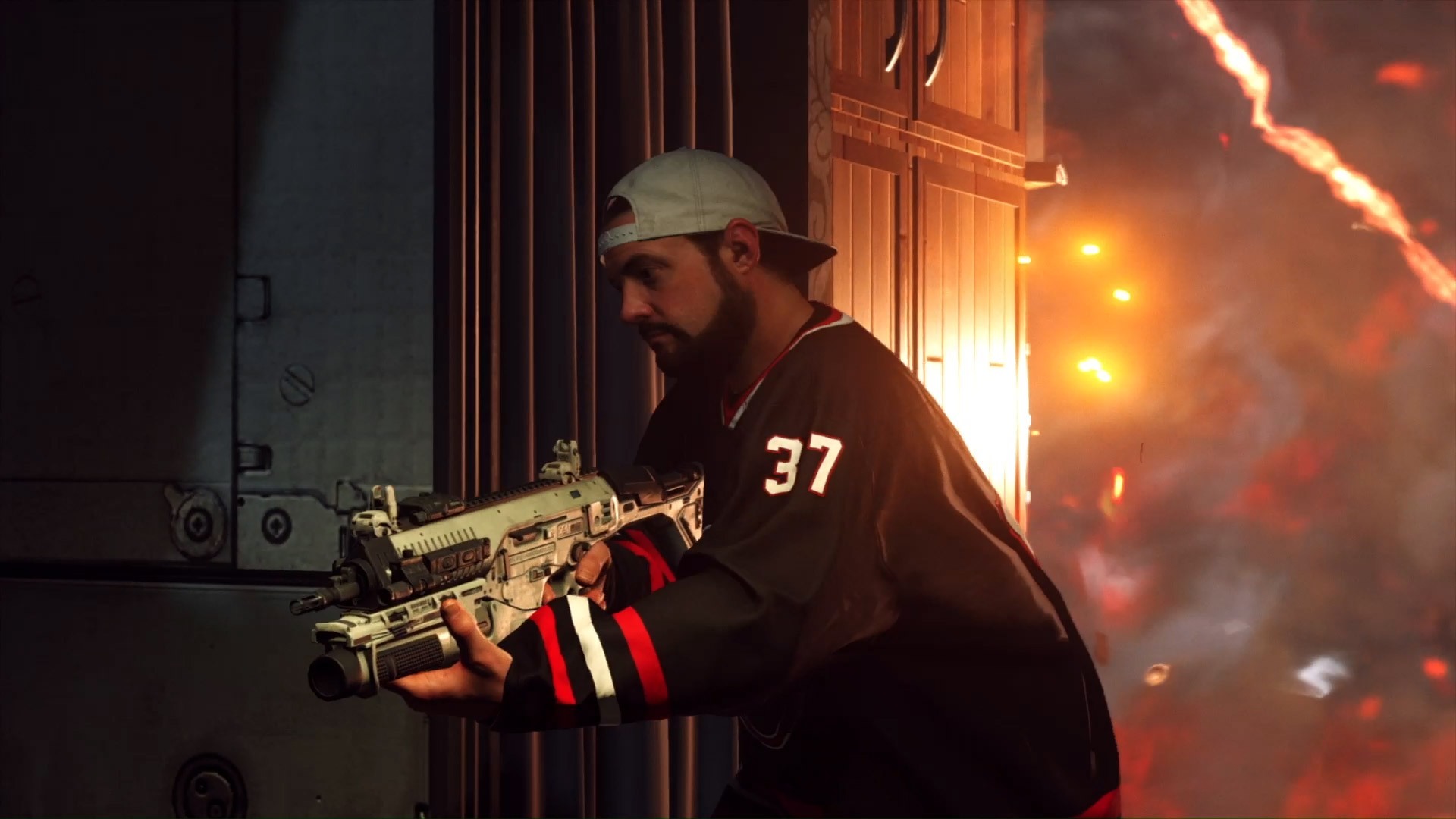 The 90s can never die

I may not be a fan of his films as his nepotism resulted in Yoga Hosers, hands down the worst film of 2016, but I have always appreciated how big of a nerd Kevin Smith is. Along with fighting to direct episodes of shows he loves like The Flash and Supergirl, he also cameos in the dumbest things. Case in point, the new Sabotage DLC map pack for Call of Duty: Infinite Warfare.

Along with four new maps — Noir, Neon, Renaissance, and Dominion, which is a remake of Modern Warfare 2‘s Afghan map — Sabotage includes a new expansion to the zombie co-op mode, Rave in the Redwoods.

Call of Duty: Infinite Warfare‘s Sabotage DLC will release for Playstation 4 on January 31st, with an Xbox One and PC release to follow at a later date. It’s included in the $50 USD season pass, but can also be purchased on its own for $15 USD.