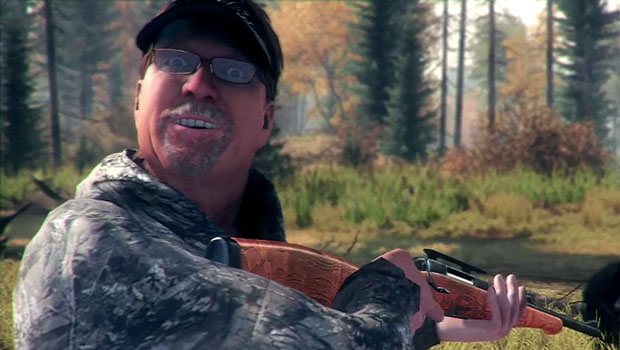 Cabela’s Big Game Hunter: Pro Hunts was released into the wild today for Xbox 360, PS3, PC, and Wii U. Activision released this trailer to accompany the launch. I love it so, so much. It’s less about the gameplay, which I completely admit has appeal, but the expressions made by the character models. These digital versions of hunting pros all have the same joy on their faces, the kind of joy that only comes from having an implement of death in your hand.

It fills me with mirth, particularly when you consider how serious most characters are made to look while holding a gun in their hands. These guys have a sense of merriment and it just seems so strange and hilarious.