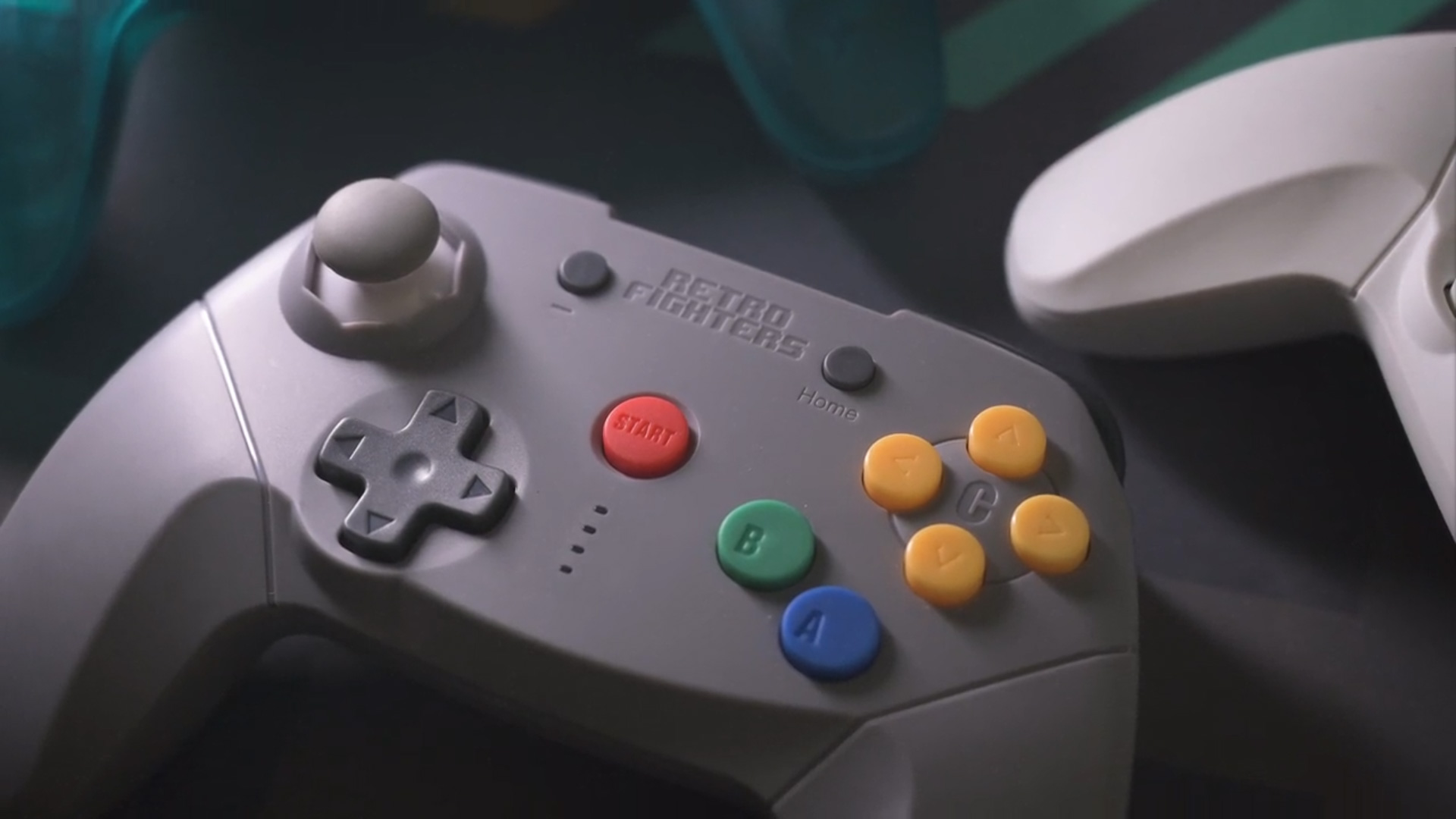 Coming in 2023, the controller works with Nintendo Switch Online games like you’d expect

Retro Fighters is coming out with a new version of the Brawler64, a modernized N64-inspired controller, and it should pair well with the Switch Online library thanks to its button placement. The Brawler64 Wireless Bluetooth Switch Edition is compatible with Nintendo Switch and PC and it’s currently drumming up support on Kickstarter.

That said, the crowdfunding campaign has 20 days left to go and the funding threshold has already been crossed with $12,000 pledged. It’s happening. Backers will get their orders shipped before retail customers, with an ETA of February 2023.

There are three colors — Classic Gray, Transparent Blue, and Arctic White — and the Brawler64 Switch Edition is tied to $45 pledges, which will be a $5 discount from the eventual MSRP. This tier also includes a USB-C charging cable and instruction manual.

More buttons and a Swap ability

According to Retro Fighters, the goal of the Brawler64 Switch Edition is “easy connectability.” The gamepad has rumble and more buttons including screenshot, home, and minus buttons. Curiously, there’s also a “Swap” button to “switch between [the Nintendo Switch Online] button layout and traditional Switch Pro layout.”

As for stretch goals, Retro Fighters has promised to add motion control capabilities at $100K raised, and a future “Gold” special edition controller at $200K raised.

I haven’t used the prior Brawler64 controllers, but I’ve heard them come up in conversation among folks who like N64 games but aren’t exactly stoked to use an N64 controller to play them. Especially with this iteration, the design feels like a nice balance between modern comfort and nostalgia. I’m already set with Nintendo’s own N64 controllers for Switch, but I am intrigued. I do love candy-colored transparent controllers.

If you’d like to see it in action, the Kickstarter page has a short demonstration of the Brawler64 Switch Edition — there’s footage of a “functional prototype” gamepad playing Super Mario 64 via the Super Mario 3D All-Stars collection, including the sync process.

Even if I won’t use the vast majority of them, it’s great to see so many controller options.