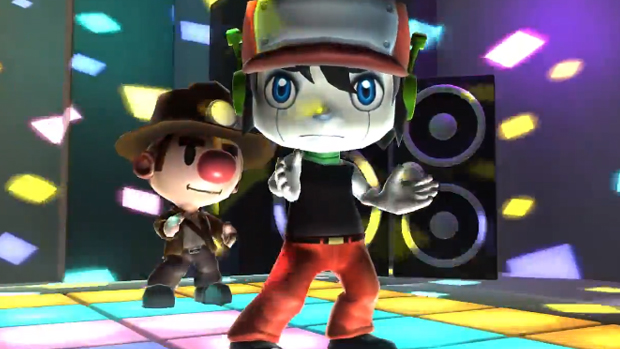 Watch the ‘Good Friends’ bond over a line dance

Yes, that’s Commander Video getting down on the dance floor with Cave Story‘s Quote. Bit.Trip Presents Runner2 is pretty cool like that. Gaijin Games released a downloadable character pack for its rhythmic platformer yesterday, bringing icons like Spelunky Guy and Portal 2‘s Atlas under one roof.

After spending some time with Runner2‘s burgeoning cast, I can safely say that the expanded roster doesn’t really have an impact on the gameplay in any significant way. And yet, you get to play as Super Meat Boy antagonist Dr. Fetus whilst riding a unicycle with a saw blade for a wheel. It’s amazing. And for just a couple bucks? Well, that’s worth it for the novelty alone.