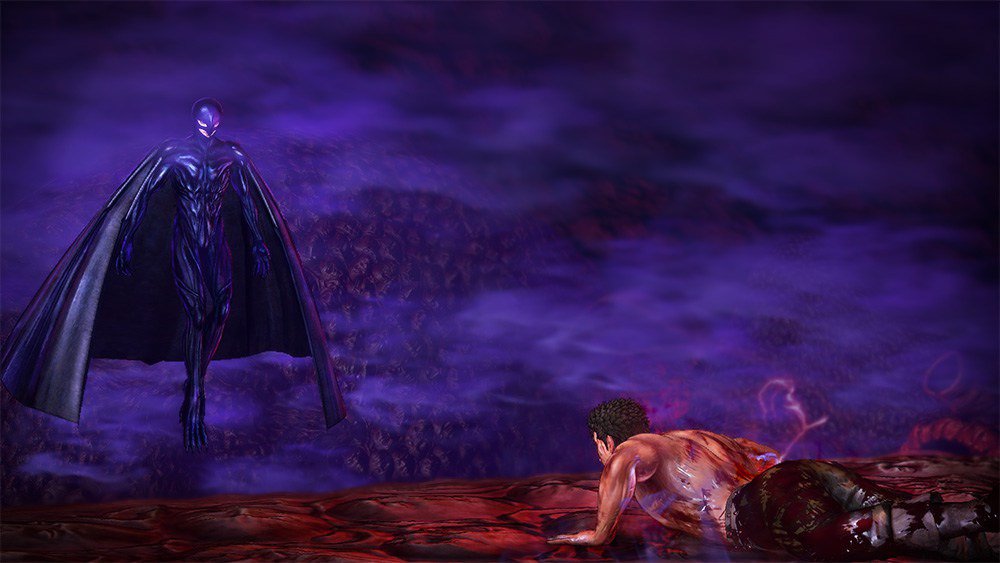 I want to see how they handle this

Berserk fans know that the “Eclipse” event is one of the most brutal scenes ever depicted — either in manga or anime history. So when Koei Temco announced that it wasn’t going for an adults-only rating for the video game adaptation (CERO-Z in Japan), I was only more interested in seeing how it will actually play out.

They aren’t shying away from it either, as the very first teaser was from the Eclipse, as is another screen that was shown on the official website this week. Although the site is ambiguous, it’s thrown in with a set of “boss” screens (including Grunbeld, Snake Baron, Wyald, Silat, Coborlwitz, and Boscogn), and if that’s actually the case, I’m not sure how I feel about it.

The Eclipse could make a really cool setpiece at first, but after certain events happen, it’s not really conducive to action gameplay. Maybe Skull Knight will come in and hastily save the day? Again, I’m really anxious to see this new adaptation!