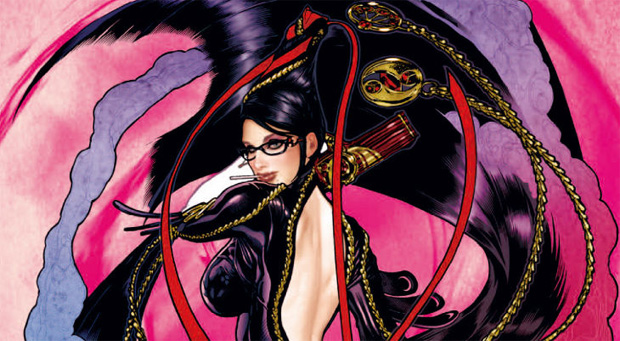 Remember when we were told by Bayonetta producer Yusuku Hashimoto via Twitter that there would soon be news relating to Bayonetta? Think hard. I know it’s been three days and this is the internet, after all. Have you got it in your mind’s eye? Brace yourself.

Bayonetta is being re-released in Japan as part of the “PlayStation the Best” and “Xbox 360 Platinum Collection” lines of budget titles. Yep, that’s pretty much it. The repackaged games will release on September 2nd for ¥3,990 (about $46 USD) and have a couple of new features. First is a collection of trailers, including a previously unreleased (in Japan) trailer for Vanquish.

The other, arguably more appealing, feature is the double-sided cover insert which features the gorgeous and fierce art you can see in the header (and see more of in the gallery below). Good thing. The budget branding stuff in Japan is fugly.

Probably not what you were hoping for. Hell, even my jaded cynicism hasn’t prevented me from feeling a little let down. I suppose it was a bit much to hope for a sequel announcement this quickly but sometimes you just have to grab your dreams by the short and curlies and hang on for dear life. I know that seems dramatic, but this is Bayonetta we’re talking about here. There are few things I take more seriously.