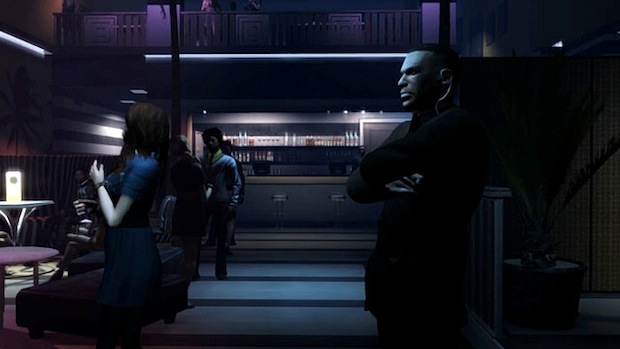 Despite watching a few teasers and looking out for what Rockstar Games drops about “The Ballad of Gay Tony,” I still find myself jamming fact-nuggets into my brain hole via the episode’s brilliant Wikipedia page. It’s hard to keep abreast on these downloadables when GTA IV isn’t fresh in the mind, especially considering that the characters in the DLC aren’t exactly prominent in the core game.

But a lot is still shared between the proper game and the core game. Take these Ballad screenshots, for example. More than a couple of them show vehicles doing some wicked damage — something we shouldn’t be unfamiliar with. Lord knows how many things I’ve destroyed while in a large car or a helicopter. But as for the new character shots? Well, it’s time to hit that Wikipedia page again to understand the connections to the core.