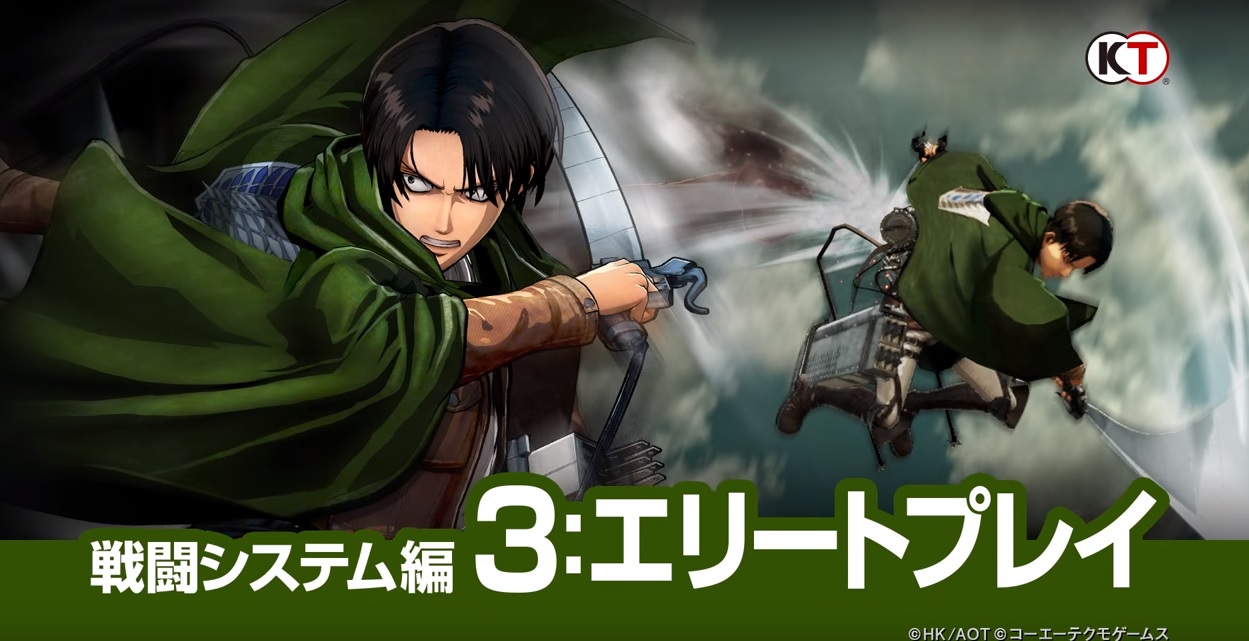 While I’m not a fan of the bloated and overhyped show, the concept of Attack on Titan is enough to keep me interested in the games. According to Famitsu, the game is going to be rather fully-featured too, with plenty of content that the Warriors games are known for.

In addition to 10 playable characters (Eren, Mikasa, Armin, Krista, Sasha, Connie, Jean, Levi, Hange, and Erwin), the story will follow the events of the first season, and it will be easy to pickup if you’ve never seen the show or read the manga before. Additional story bits will be included though to expand on a few characters.

The best part of the whole package though sounds like the “Investigation Outside the Walls” mode, where players can pick a character and go free roaming in the wild — this seems like the grinding gametype to boost up your characters. Of course, the classic Warriors “Free” mode is in as well, where you can pick any mission with any character. Finally, fighting with allies to take down Titans is specifically noted as a semi-required tactic — and those Titans may drop items or a swallowed soldier when defeated.

As a reminder, this is the first game that Koei Tecmo is developing specifically for the PS4 — instead of crafting PS3 first and upscaling, they’ll actually be downscaling to the PS3.

Attack on Titan [Famitsu via Gematsu]