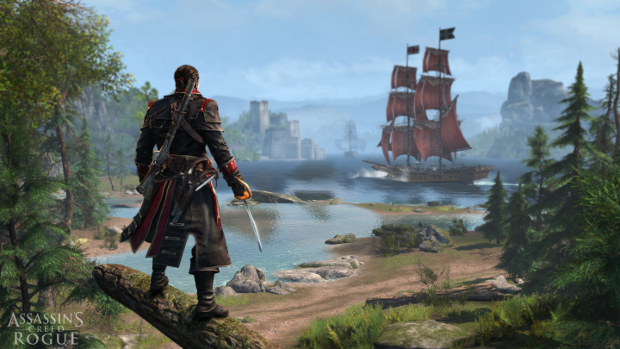 If you have ever wanted to aim an old timey rifle, stand on a ship and talk to a guy in a funny hat, or stare longingly at a vessel not far off shore, then you are in luck, because all three of those exciting endeavors are definitely going to be part of the entry to the Assassin’s Creed franchise coming for last generation consoles.

Graphically, Assassin’s Creed Rogue is looking pretty good (though we must ignore the fact that these screens came in at a much higher resolution than either the PlayStation 3 or the Xbox 360 is capable of handling). Otherwise, not much new information can be gleaned here. Fans of the series who liked sailing and engaging in sea battles have some more of that to look forward to, but we already knew that.