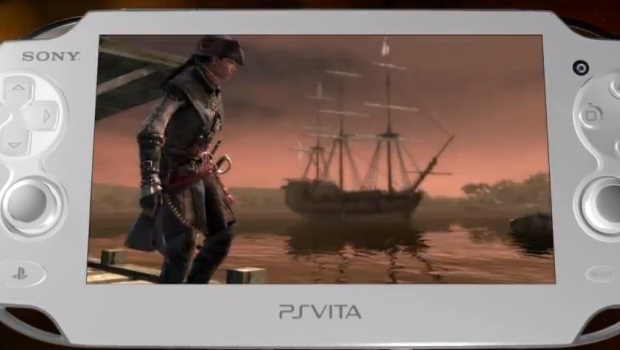 Have you and Aveline been properly introduced? If not, this newest trailer for Assassin’s Creed III: Liberation will take care of just that. In it, she’ll tell you a bit about herself, why she decided to do what she does, and proceed to stab a bunch of baddies. I had a tally of about nineteen just in that two-minute-long trailer. I presume there’s a ton more where that came from.

If you can get past more fake accents than you can shake a dead cat at, you’ll also notice Liberation is looking really nice. I couldn’t see a difference from the engine that Ubisoft has running on consoles and the one that they’re using here for the Vita. I can’t get over it. Either it’s a sign of how outdated the tech in consoles are, or just how far we’ve come in portable computing technology. Color me impressed. Also, now I have a reason to turn on my Vita, and that’s always occasionally something to get excited about.