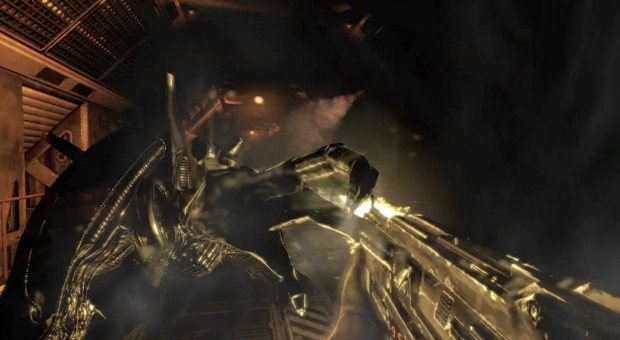 Aliens vs. Predator may be all about the slavering Xenomorphs and their vagina-faced rivals, but there’s an overlooked third party just waiting to be slaughtered by both of them — the marines. The latest trailer from Sega is all about the human side of the conflict, a fight for survival complete with pulse rifals that have impractical ammo counters on the side.

I saw a demo of the marine campaign at E3, and it looked very impressive, as well as potentially quite scary. The fact that the Aliens come from literally anywhere and try to avoid light sources makes for some intense looking combat. Hopefully the vulnerability of the humans will make for some brilliantly thrilling gameplay.

Check out the trailer after the jump.