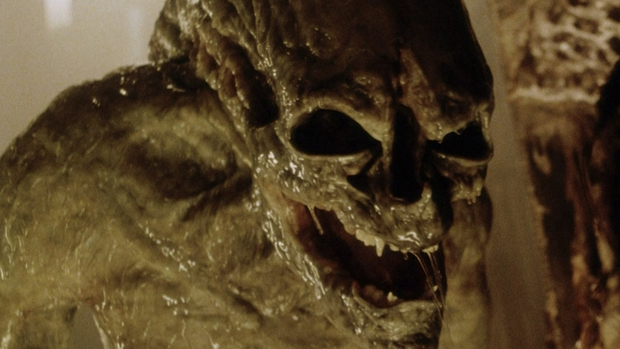 Can’t be worse than Colonial Marines

Not deterred by Aliens: Colonial Marines, SEGA is moving forward on another Aliens game, Kotaku reports. Alien: Isolation is meant to release on current and next gen consoles, and stars Amanda Ripley, daughter of series protagonist Ellen Ripley. Total War developer Creative Assembly is making the first-person shooter, which apparently has stealth and horror aspects and is inspired by Dishonored and BioShock, according to the Kotaku source.

I like Dishonored and BioShock. I like the singularity of “Alien: Isolation” (singular! isolation!) over the marine-y pluralism of “Aliens: Colonial Marines.” It’s supposed to be heavily inspired by Alien. It even stars a woman. Apparently, you, playing as Amanda Ripley, spend most of the game on a single space station and, according to the source, there is only one xenomorph (nasty alien monster thing) for “most” of the game. That’s a suspicious “most,” but I still like what I’m hearing so far; a taut and fraught survival-horror-y thing where you’re alone and outmatched by a superior being with an obsidian, eye-less face and…

So close, SEGA! Oh well. It can’t be worse than Colonial Marines. Isolation was apparently meant to be announced at this E3, but that announcement was delayed along with the game, which is being watched heavily after, you know, Colonial Marines. It could still be alright, especially for the silly heads who think Aliens is anywhere close to as good as Alien. Can’t wait to shoot ’em up, all them clones and soldiers! Pew pew pew! Ah, a scary noise!