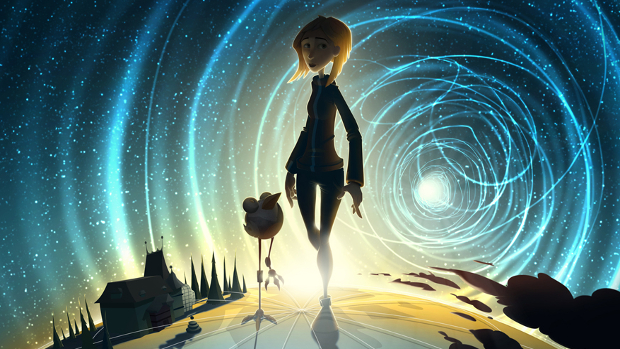 The Perils of Man releasing April 28 on PC and Mac

Last year, I got the chance to chat with the developers behind The Perils of Man, an episodic time-traveling adventure title from the minds of Bill Tiller and Gene Mocsy. With a pedigree of work ranging from classic adventure titles such as The Dig, Monkey Island, and the recent 1954: Alcatraz, there’s a clear love and craft for the adventure genre in this little title.

Originally released as a mobile title, the developers at IF Games teamed with Vertigo Games (the developers of World of Diving and the new VR title SkyWorld) to port their game to PC and Mac. Set for release later this month, The Perils of Man will now feature up-rezzed visuals, Steam achievements, and cloud support for the adventure spanning seven episodes.

The Perils of Man follows the exploits of a young girl named Ana, who must find the whereabouts of her missing father. While searching her family mansion for clues, she uncovers her father’s secret laboratory and learns of his experiments with time-travel technology. Realizing that he may be trapped in the past, she uses the technology to travel through time in order to discover the truth behind his disappearance.

“We wanted to convey depth and richness for the dialog,” said IF Games producer Nathan Ornick during at GDC 2014. “There’s a number of opportunities for investigation, and more dialog trees open up revealing more about the characters, and it shows just how much depth is there for interaction.”

Seeing The Perils of Man last year was a nice surprise, and I had a great time chatting with Gene Mocsy about the game’s narrative and state of the adventure genre itself. It’s a pretty interesting title, and with a lengthy adventure across seven episodes, there will no doubt be many twists and turns along the way.

The Perils of Man [Steam page]