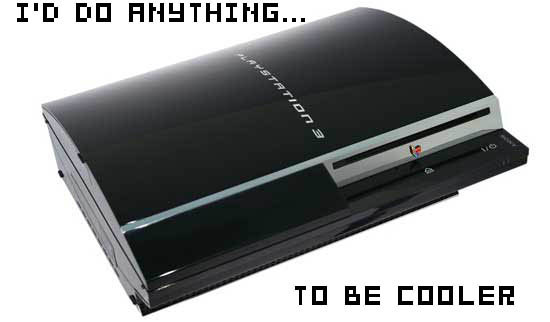 It’s not like we’ve ever had a real problem with PlayStation 3 systems overheating or making much noise, but owners of the new 40GB model will be pleased to learn about a couple of related extra little bonuses packed deep within their new console.

Engadget says that a new 65nm version of the Cell processor has been packed into this PS3, which brings down the power consumption from 200 watts to 135. That makes for cooler running and quieter systems. I don’t know how much this will help your electric bill, but you’re screwed anyway as a gamer.

It turns out that a few other modifications were made: a new motherboard, a smaller heat sink pipe, and an on-board battery (for time keeping when unpowered) have also been worked in.