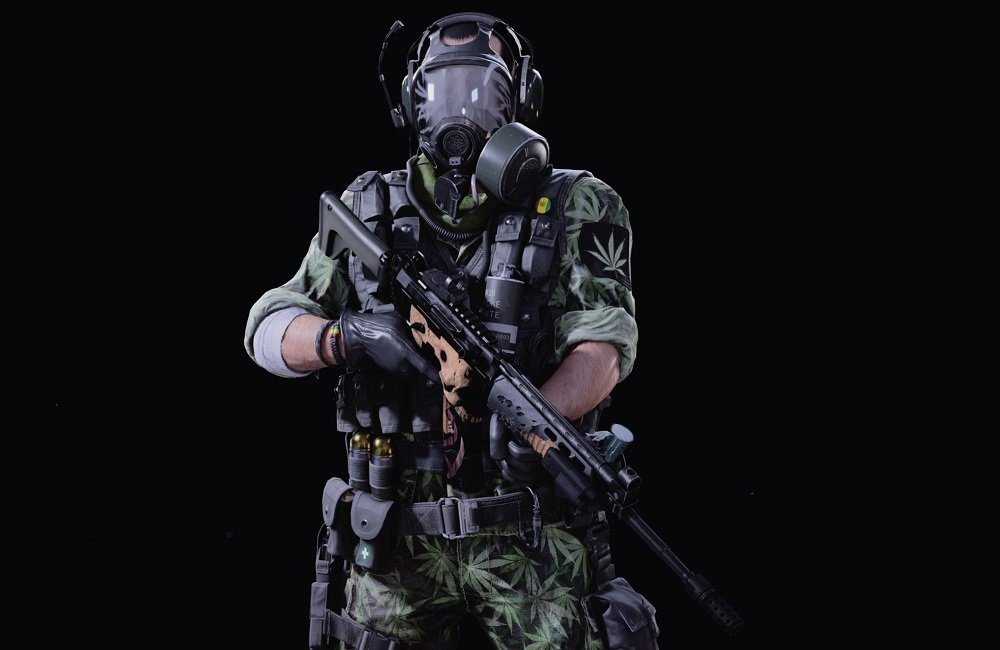 Yesterday saw Activision drop another whopping update file on its mega-seller shooter franchise Call of Duty: Black Ops Cold War and its sister title Warzone. Among the huge plethora of modes, maps, operators, and weapons headed to Season 3 later this week, the spirit of 4/20 was also recognized via the release of a special “Stoner’s Delight” DLC bundle.

For (a pretty hefty) 2400 CP, players can bag themselves ganja-themed skins for the Assault Rifle Golf and the Light Machine Gun Alpha, as well as a weapon charm, wristwatch, stickers, and an animated emblem and calling card for your profile. Also included is a new “Zombie Express” vehicle skin for use with CoD‘s cars, boats, buggies, and bikes. Don’t smoke and drive, kids.

The bundle’s main event, however, is the new “Kushwacked” skin, available for Warsaw Operative “Stone.” Who Else? The new skin features a ganja-leaf-covered assault suit, and a gas mask with an animated smoking effect — a legitimately a nice touch. Unbelievably, the bundle does not contain a weapon skin for the “Stoner 63” rifle…. Say what? In any case, letting rip with the themed weapons will unleash green and purple tracers.

After yesterday’s download, Call of Duty: Black Ops seemed to be having a moment, complete with weirdly artifacting Hellhounds and multiple missing clothing and floor textures. As such, the servers were dry. But I’m in no doubt players logging on today might find multiplayer absolutely swarming with this new skin, given the CoD community’s happy relationship with The Devil’s Weed.

And before you rag on me for being old man square — believe me, I saw more than enough of this culture in the early ’90s. Good lord, anyone remember “Spliffy” jackets or “Drugs Bunny” T-shirts? How about Bart Simpson in a Rastafarian hat saying “Smoke the reefer, man”? None of you remember because you’re 17… They should put those in Call of Duty.